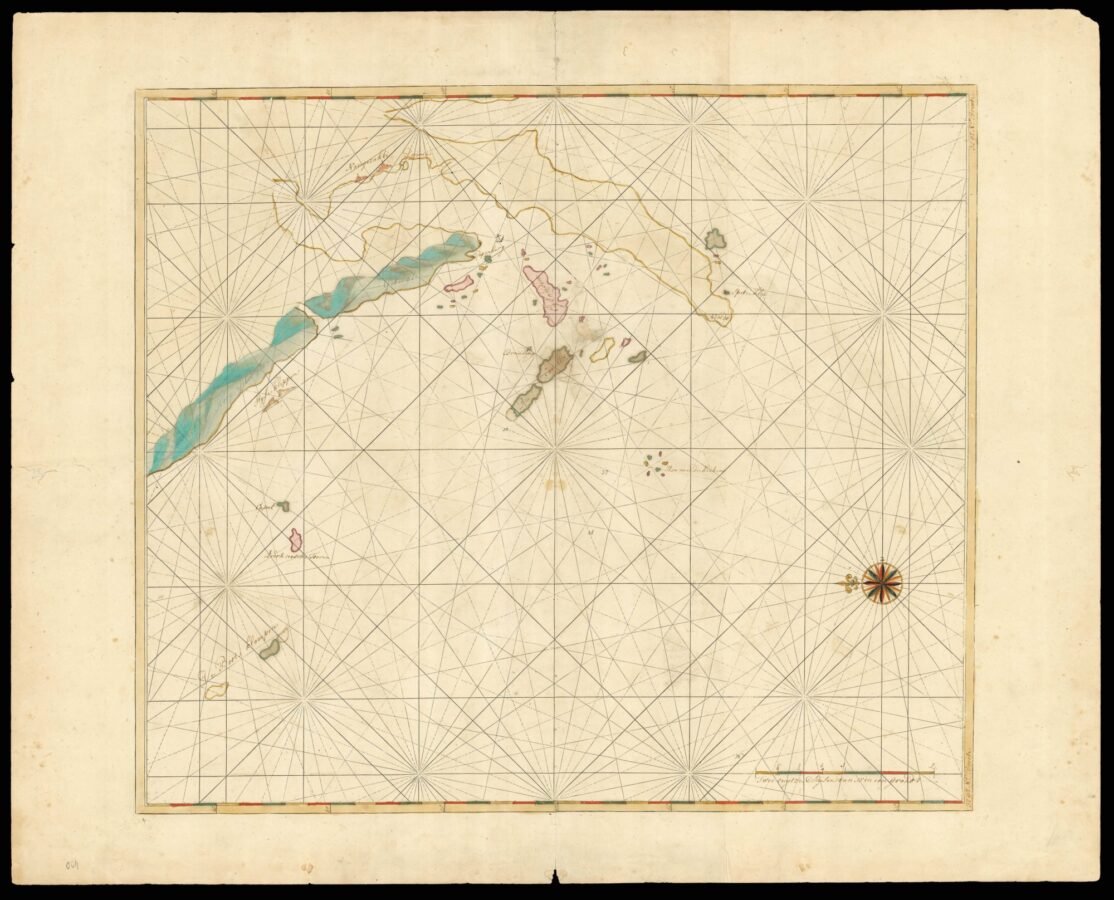 During the period 1726–1755, when Johannes van Keulen II (1704–1755) was in charge as Hydrographer of the V.O.C., the first charts for the navigation to the East Indies and in the Malaysian Archipelago were engraved. Such charts printed or in manuscript are sometimes found as additions to copies of the Zee-Fakkel. They mark the beginning of what was to become the pilot guide for the East Indies. Several of the charts in the sixth part of the Zee-Fakkel were engraved after the manuscript master-models in the archives of the V.O.C.

It was a common practice for the van Keulens to print sheets with a system of rhumblines and latitude scales, to be used as a base for manuscript maps. However, surviving examples, particularly of Far Eastern subjects are very scarce. This chart depicting Nagasaki seems to have been inserted in an example of the atlas, presumably in place of the printed version, hence its survival in such good condition. Also depicted are manuscript decorative compass-rose and many names of islands offshore the Kyushu coast, including Nangezakki, De Cavallos Eylanden, Spitze klip, Nemde, Henmer de kiekens, Branding, Capel, Zierkseesche Toren, Style klippen, De Boots Klampen, Hoog gebergte, Branding, anchorage mark near Papenburg at the entrance of the bay.

Decima is clearly marked and shown, it was an artificial island built in 1634 to house Portuguese traders and subsequently the Dutch V.O.C.. During most of the Edo period Decima was the single place of direct trade and exchange between Japan and the outside world.

We are only able to trace two other copies. 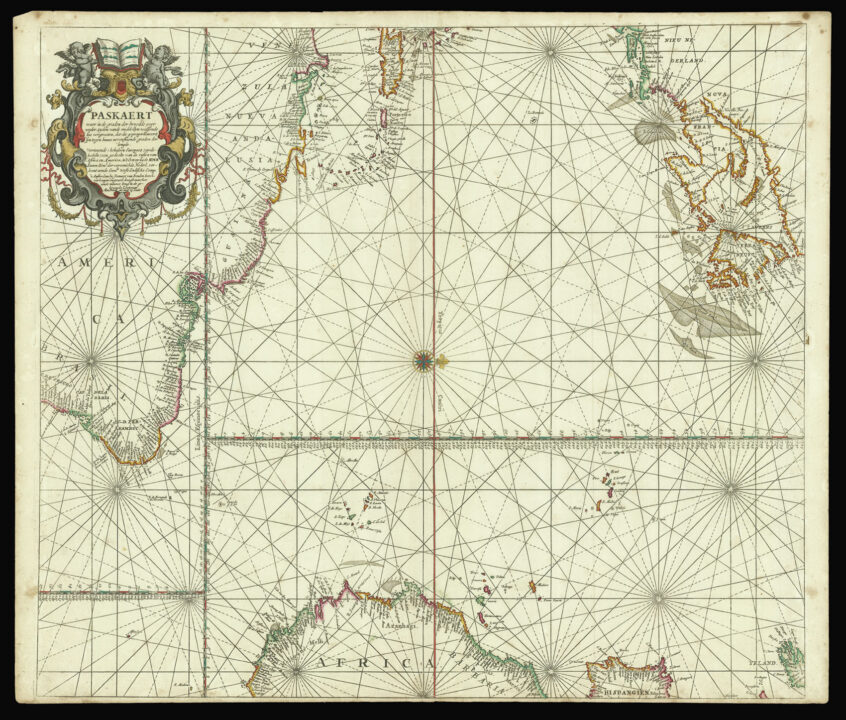