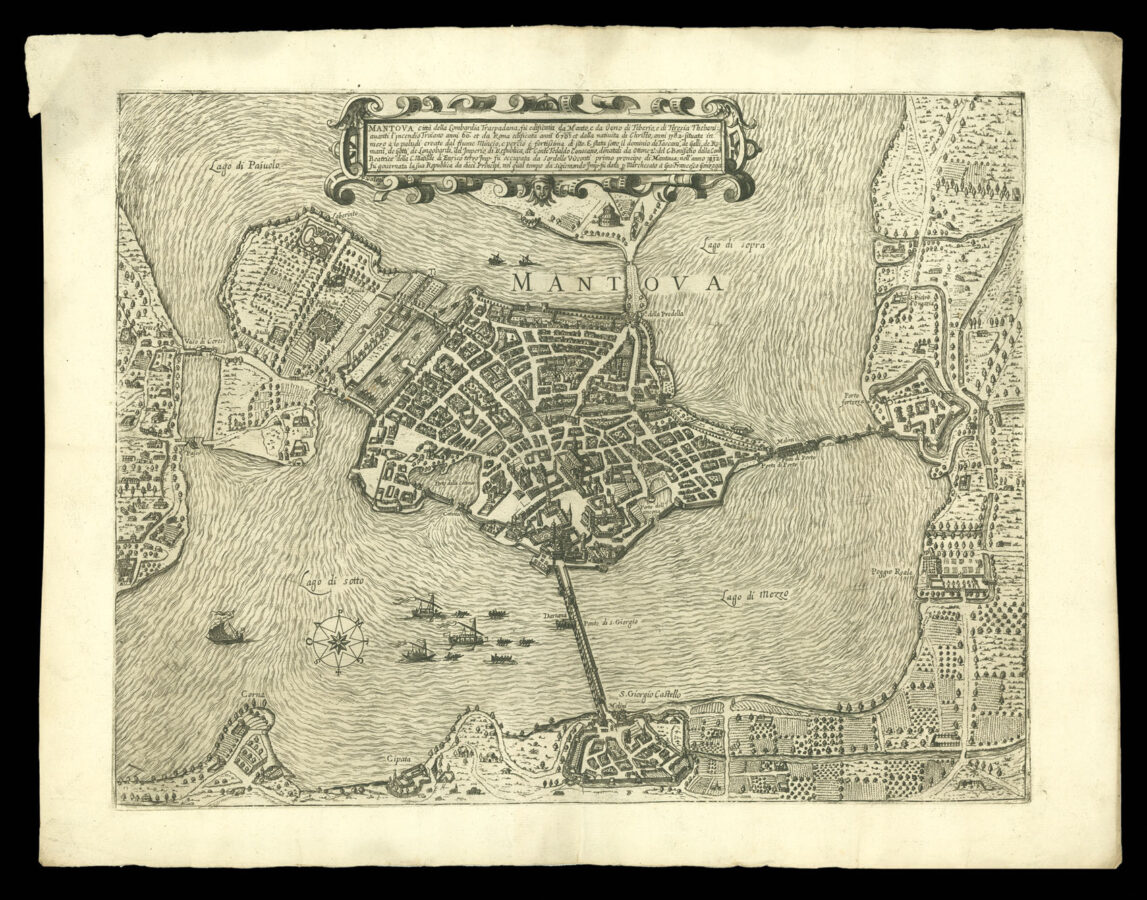 Rare broadsheet plan of Mantua, evidently first published in about 1619 or 1620. Although this example bears the imprint of the publisher Francesco Valegio, his name appears to be a later insertion in the frame of the text cartouche at lower left, suggesting that he was re-using an existing plate. The map represents the next cartographic advance on the Braun and Hogenberg birds-eye view of Mantua, published in ​‘Civitates Orbis Terrarum’, 1575.

During the War of the Mantuan Succession, in 1629, the Habsburg Emperor Ferdinand II sent an Imperial Landsknecht army to besiege Mantua. The city, already ravaged by plague caused by the privations of the siege, was finally stormed in July 1630, and brutally sacked over the course of three days by the victorious German troops. This plan, taken from a more vertical viewpoint, gives a much better sense of Mantua’s street plan, its principal buildings, and its defences, from the period about 1620; a close copy of this plan was engraved for Matteo Cosmerovio’s map ​‘Mantova assediata dall Essercito Imperiale anno 1629 presa 1630’ (1672), with the military detail of the siege overlaid.