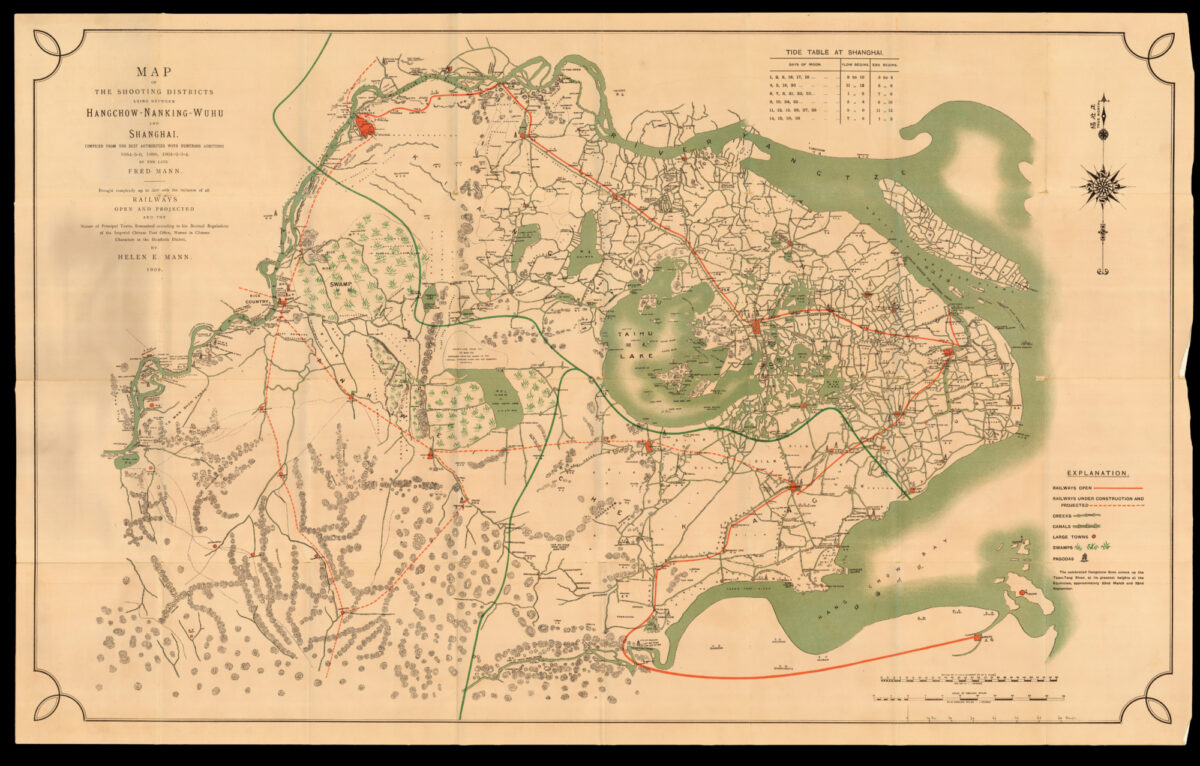 Mann’s shooting map of Shanghai and her environs

Map of the Shooting Districts lying between Hangchow — Nanking — Wuhu and Shanghai compiled from the latest authorities with numerous additions 1885–5‑6, 1898, 1901–2‑3–4. By the late Fred Mann… Railways open and projected and the names of principal towns, romanised according to the revised regulations of the Imperial Chinese Post Office, Names in Chinese, Characters in the Madarin Dialect By Helen Mann 1909.

The map was produced to aid the gentleman find suitable areas around Shanghai to shoot game. Hence, as well as the labelling of geographical and man-made features, the map is replete with phrases such as ​‘first rate shooting country’, ​‘good shooting along these greens’, and ​‘rolling hills good shoot’.

The map stretches from west to east from modern day Tongling to Shanghai, and north to south from Nanjing to Hangzhou. The major districts and provinces are marked in English and Chinese. Also marked upon the plan are railway lines open and under construction or projected, cities, towns, villages, swamps, pagodas, hills, boundary provinces, creeks, and canals. Below the key is a note regarding the famous Hangzhou Bore, and to the upper right is a tide table for Shanghai.