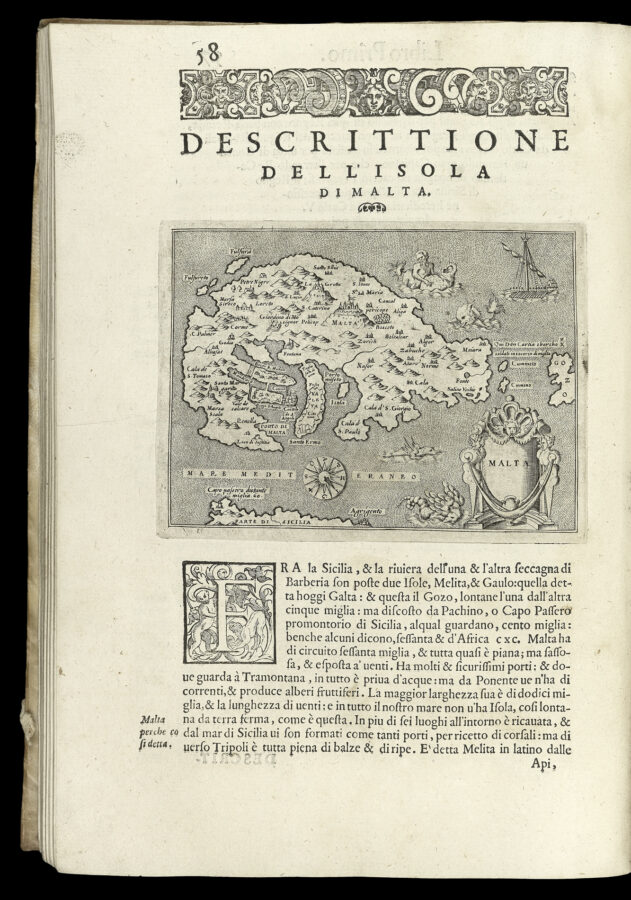 A detailed map of Malta, complete with views of Fort St Angelo and the site of the fortified city of Valletta. The Fort St Angelo had been the seat of the Grand Master of the Knights of Malta from 1530, but after it was besieged by the Turks in 1565 the Order built Valletta as a new defensive and administrative centre. The Order was sovereign of Malta from 1530 until the invasion by Napoleon Bonaparte in 1798.