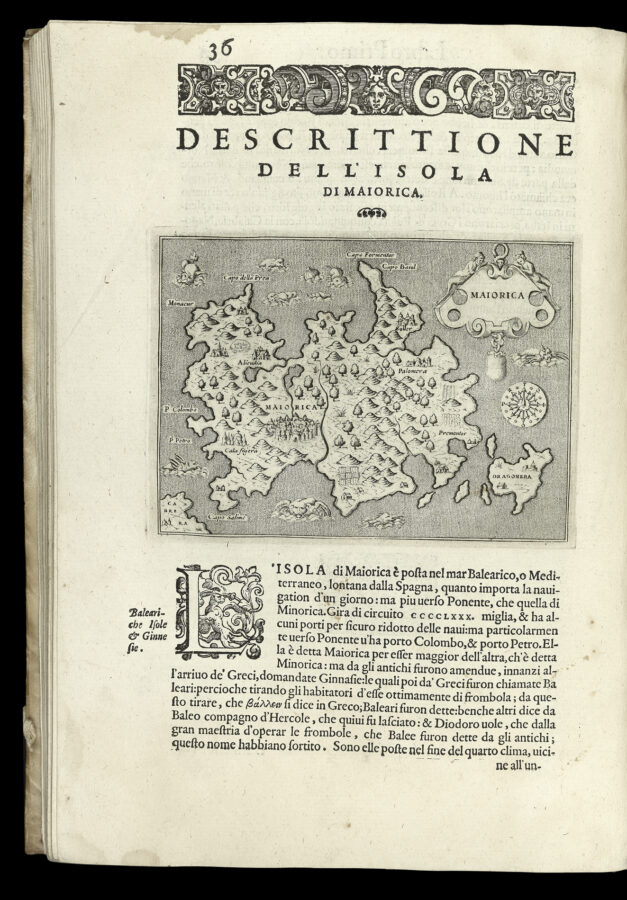 A detailed map of the Balearic island of Majorca, with a view of the capital city of Palma. The fortifications erected around the city over the sixteenth century are visible, a product both of frequent raids by African pirates and a peasant uprising against Charles V in 1521, the Revolt of the Brotherhoods.