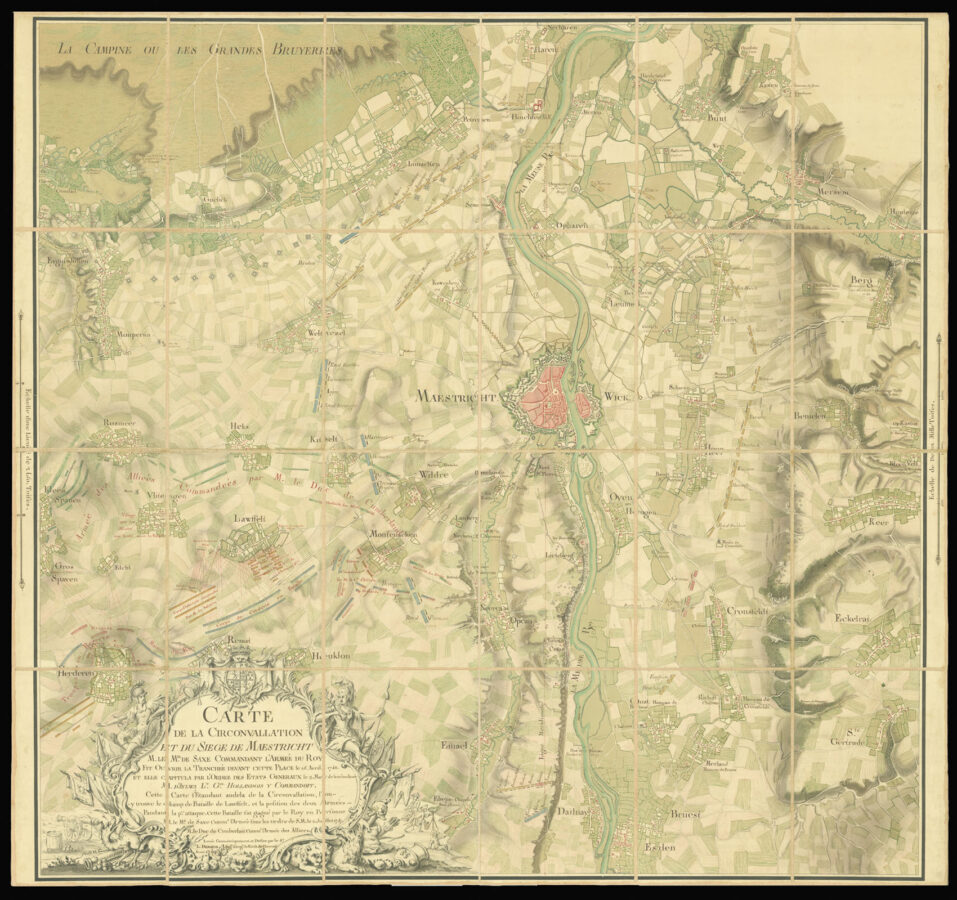 Magnificent manuscript plan of the Battle of Lauffeld; and the Seige of Maastricht

Magnificent manuscript plan of the Battle of Lauffeld; and the Seige of Maastricht.

The battle took place on 2nd July 1747, during the French invasion of the Netherlands, as part of the War of Austrian Succession. The French victory would eventually lead to the fall of Maastricht in the following year, and leave the French as the major land power come the cessation of hostilities in April of 1748.

The map, drawn by the Duke de Luynes geographer L. Demarne, renders both events in great detail. In a small conceit Demarne has depicted himself just to the right of the cartouche, with a plane table and surrounded by two assistants.

From the Library of the Duc de Luynes.

Charles Louis d’Albert de Luynes (1717–1771) was a French nobleman and member of the House of Albert. He was the fifth Duke of Luynes as well as Duke of Chevreuse. The Duke had a distinguished military career seeing action in both the Wars of Polish, and Austrian Succession.