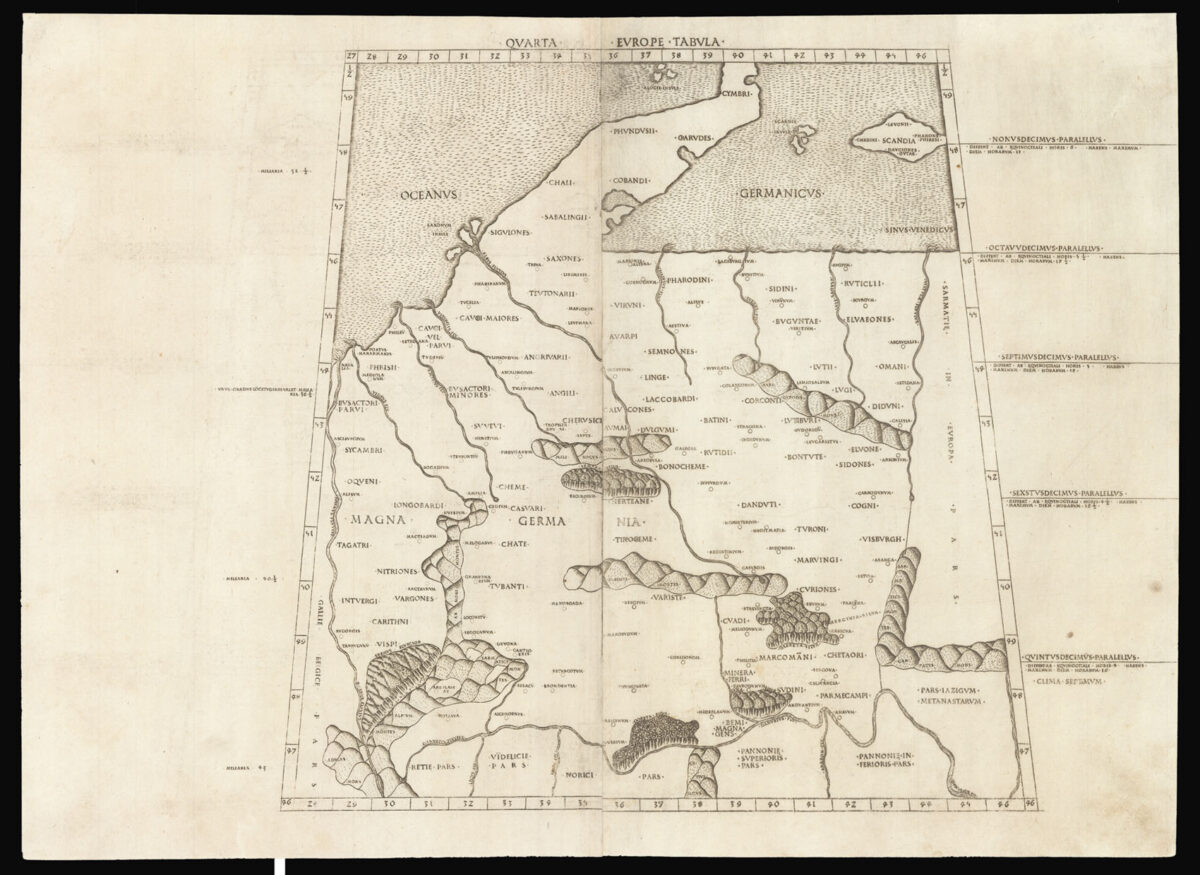 A map of Germany, the Netherlands and part of Denmark, stretching from north of the Alps to Scandinavia. It is also one of the last maps of the region before triangulation surveys led to extensive modification of representations of the area.