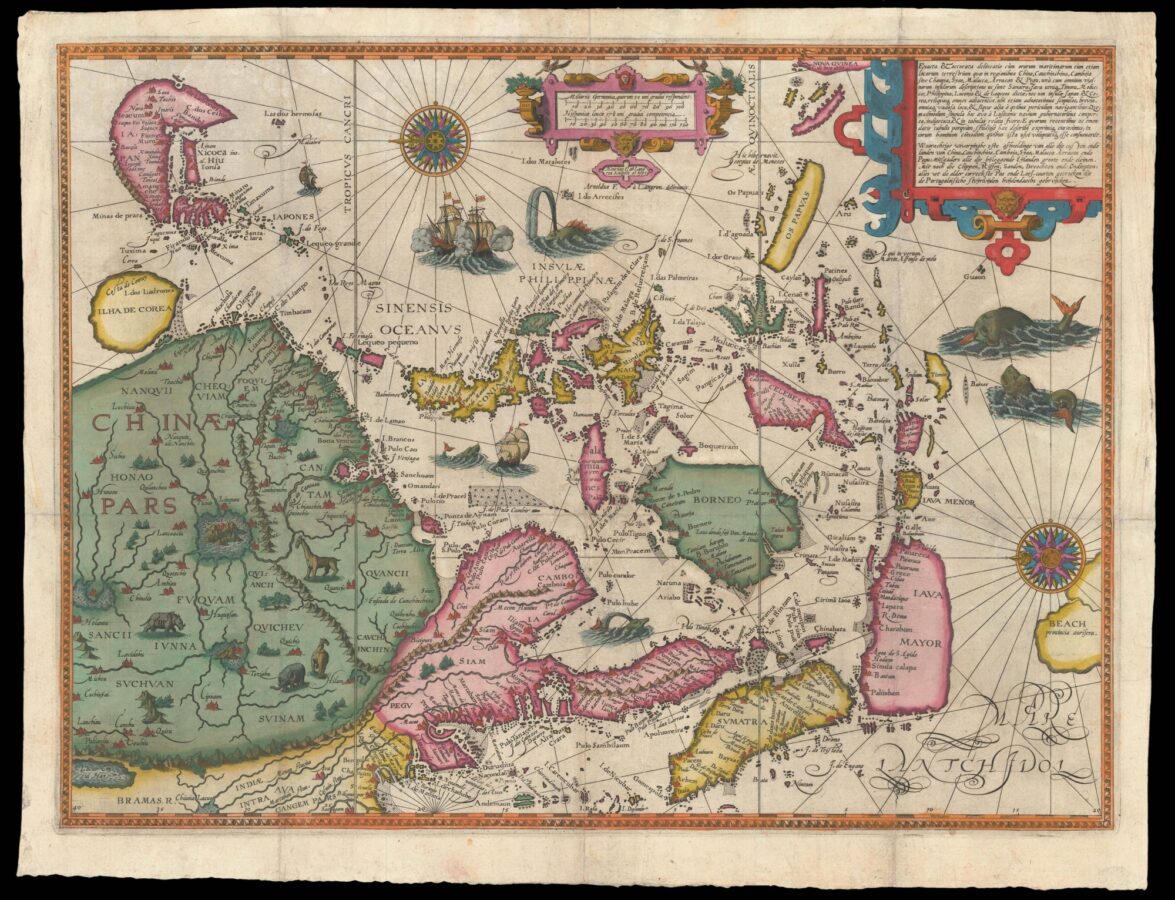 The coastal and navigational details are taken from the Portuguese portolans copied by Linschoten. It is exceptionally detailed; the first published map of the area to be prepared primarily from Portuguese sources, but also drawing on Petrus Plancius. The outline of southeast Asia and Japan are based on Fernando Vaz Dourado. The islands of the Philippines are drawn after Bartolomeu de Lasso. It also records information from the mythical travel account of Marco Polo, including the ​“beach provincia auriferain”, which is where Australia would eventually be discovered. The four large interior lakes in China are included after Chinese tradition; Korea is shown as an island.
The maps itself was published in his ​‘Itinerario’ of 1595, a book of such importance that every Dutch ship bound for the Indies was issued a copy. It allowed Dutch merchants to circumvent the Portuguese stranglehold on trade to the East. The maps in the first book of the ​‘Itinerario’ were engraved by Henricus van Langren, mainly using Portuguese maps owned by Cornelis Claesz, the original publisher of the ​‘Itinerario’. They were mostly drawn by de Lasso, and originally acquired by the Houtman brothers between 1592–93, during their secret mission to Portugal at the suggestion of Petrus Plancius, the first official hydrographer of the VOC. 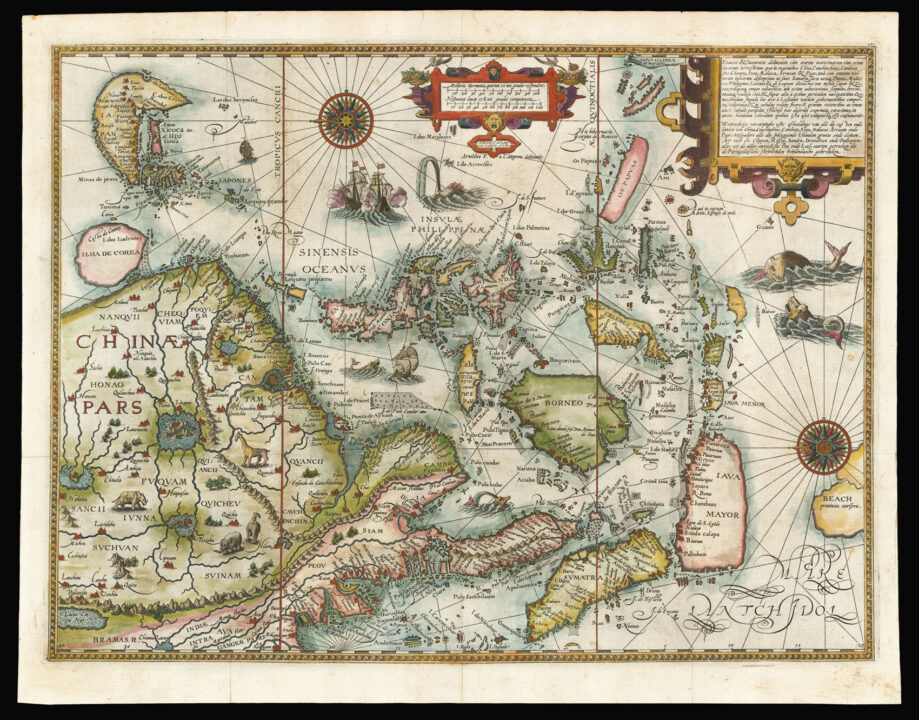