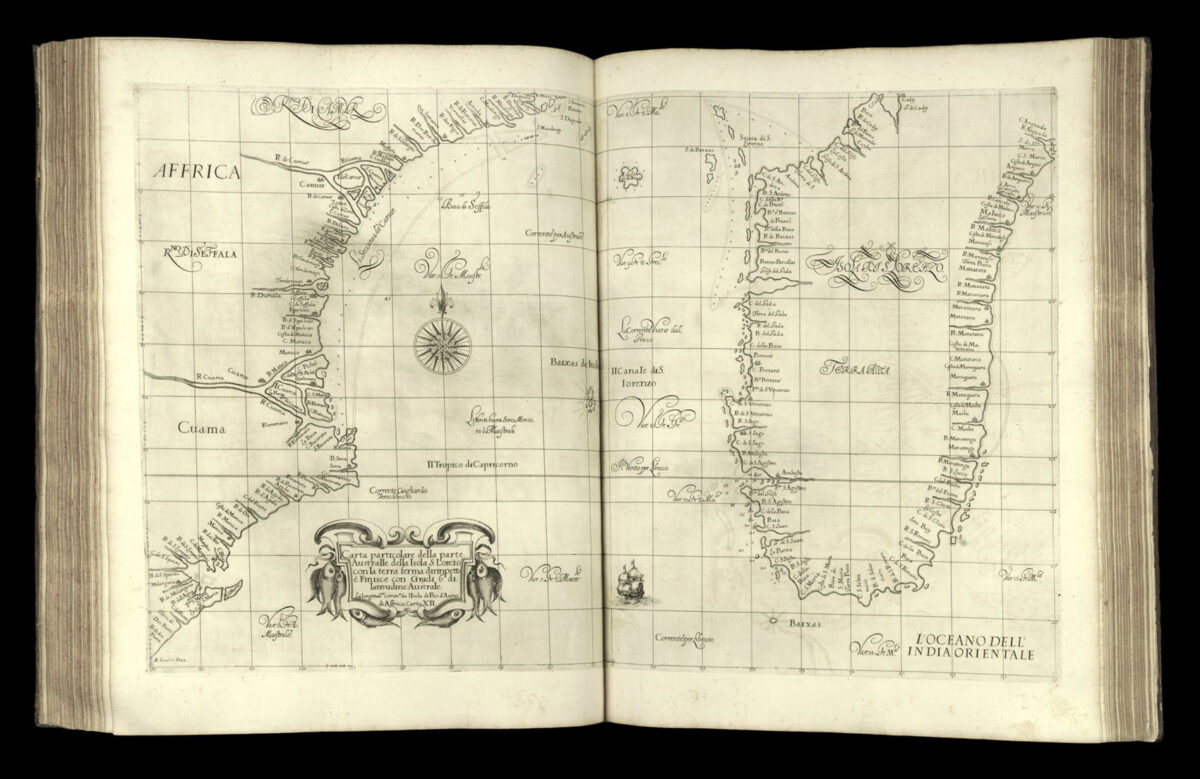 Map showing the coastline of Mozambique and the island of Madagascar.