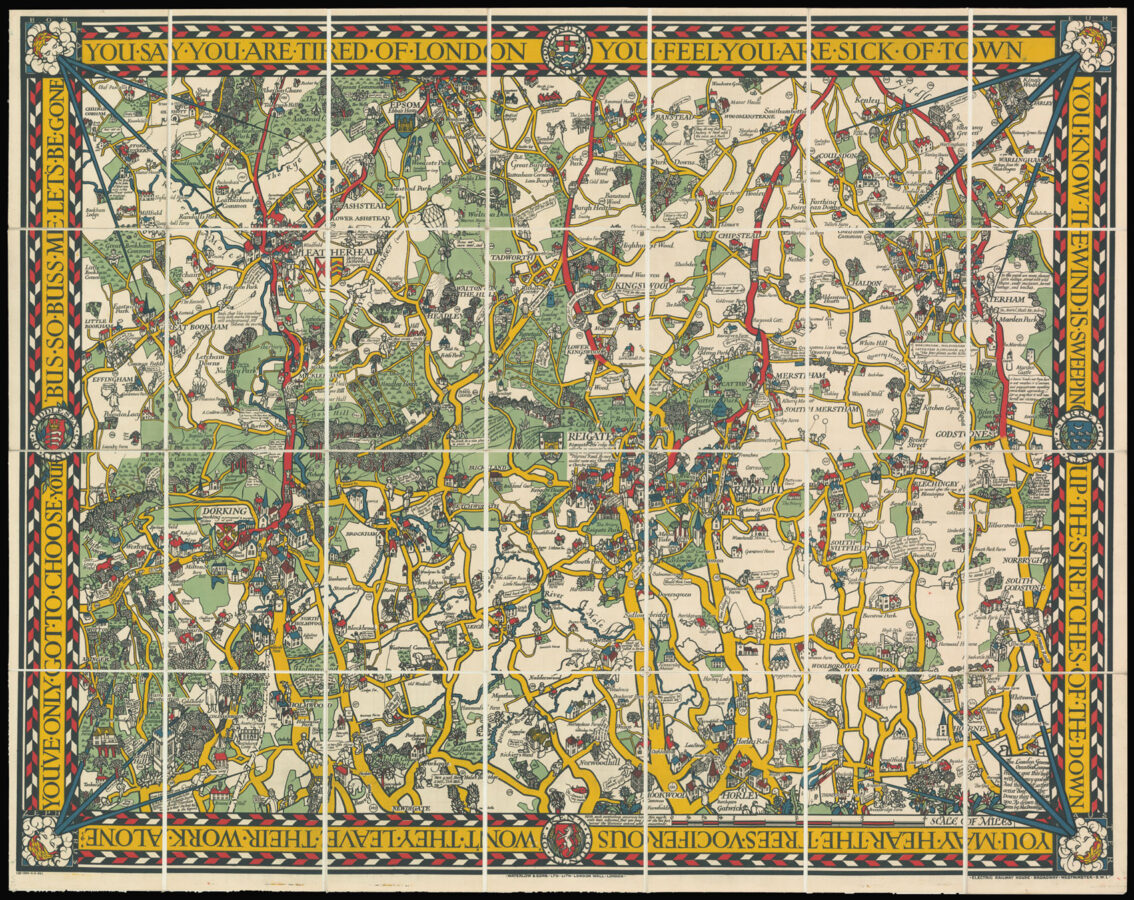 You’ve Only Got to Choose Your Bus.

Large comic pictorial map illustrating the bus routes in the area between Epsom and Horley, north to south, and Godstone to Effingham, east to west.

Illustrated in the same medieval modernist manner as Gill’s other iconic map of the period, the Wonderground map of London, although understandably not as densely packed with the same volume of detail given its more pastoral environment. This bus map utilises a similar palette of bold colour of green, red, and yellow, along with other anachronostic stylings such as windheads to the corners. Buildings, mostly old cottages, farmhouses and churches, are shown in profile and the human figures resemble medieval peasants, often shown in comic scene or with a speech bubble expressing a joke.

​“During his lifetime MacDonald Gill’s acclaim rested on artistic endeavours of amazing diversity; one area of particular celebrity involved the pictorial maps he designed for both governmental and private organisations. The first of these maps was commissioned in 1913 as a poster for use in the stations of the privately held Underground Electric Railways Company. The enthusiasm of the public for this poster was such that a smaller version, titled the Wonderground Map of London Town, was published for sale the following year.

On the occasion of Gill’s death in 1947 the Journal of the Royal Institute of British Architects referred to this Wonderground Map as ​“a cartographical masterpiece.” Its groundbreaking design, with emphasis on visual and verbal whimsy and bold primary colors, awakened a generation of cartographers to the imaginative possibilities of pictorial mapmaking.” (Elizabeth Burdon)