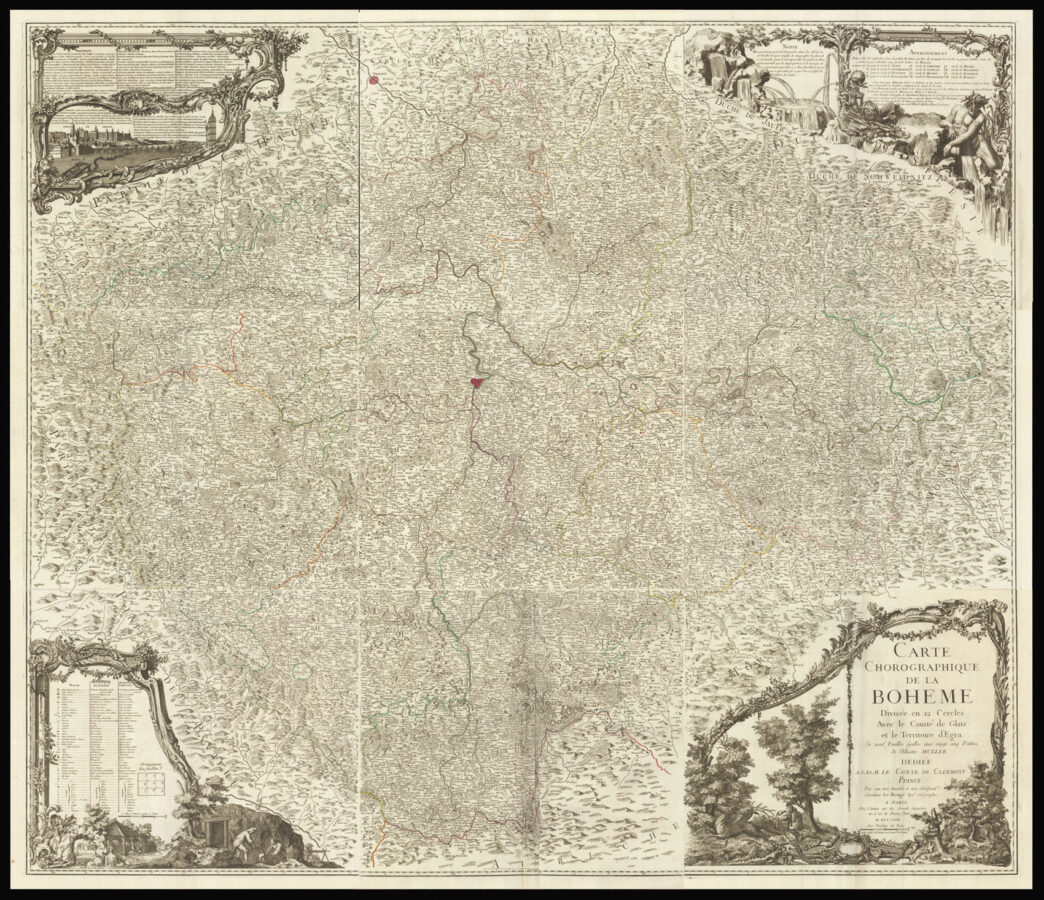 A reduced version of Müller’s magnificent 25 sheet map of Bohemia.

The Holy Roman Emperor Charles VI charged Müller to produce an ​“authentic and complete” map of the Czech Kingdom, which would contain all relevant military information. Müller mapped the 12 counties, the districts of Cheb and Glatz, the Czech-Saxon border (upon a scale of 1:40,000), and carried out several route surveys. The final map, upon a scale of 1: 132,000, was engraved on 25 sheets by Michael Kauffer and Jan Daniel Herz, with the fine bucolic and allegorical scenes being drawn by Vaclav Varinec Reiner. The map depicts roads, rivers, forests, cities, towns, villages, bishoprics, and raw materials such as gold, silver, copper, iron and lead. The map would not be superseded until the publication of the First Military Survey of Austria, over forty years later.

Johann Christoph Müller (1673–1721) was an Austrian military engineer and a fine cartographer. He studied maths and engineering at Nuremberg, and later joined the army. He was charged by the Holy Roman Emperor Joseph I to construct a map of Hungary upon a scale of 1: 550,000, which was published in 1709. He later worked on maps of Moravia (1712) and the present map of Bohemia, which was published posthumously in 1723. He also drew up a map of Silesia which was fleshed out by Johann Wolfgang Wieland.