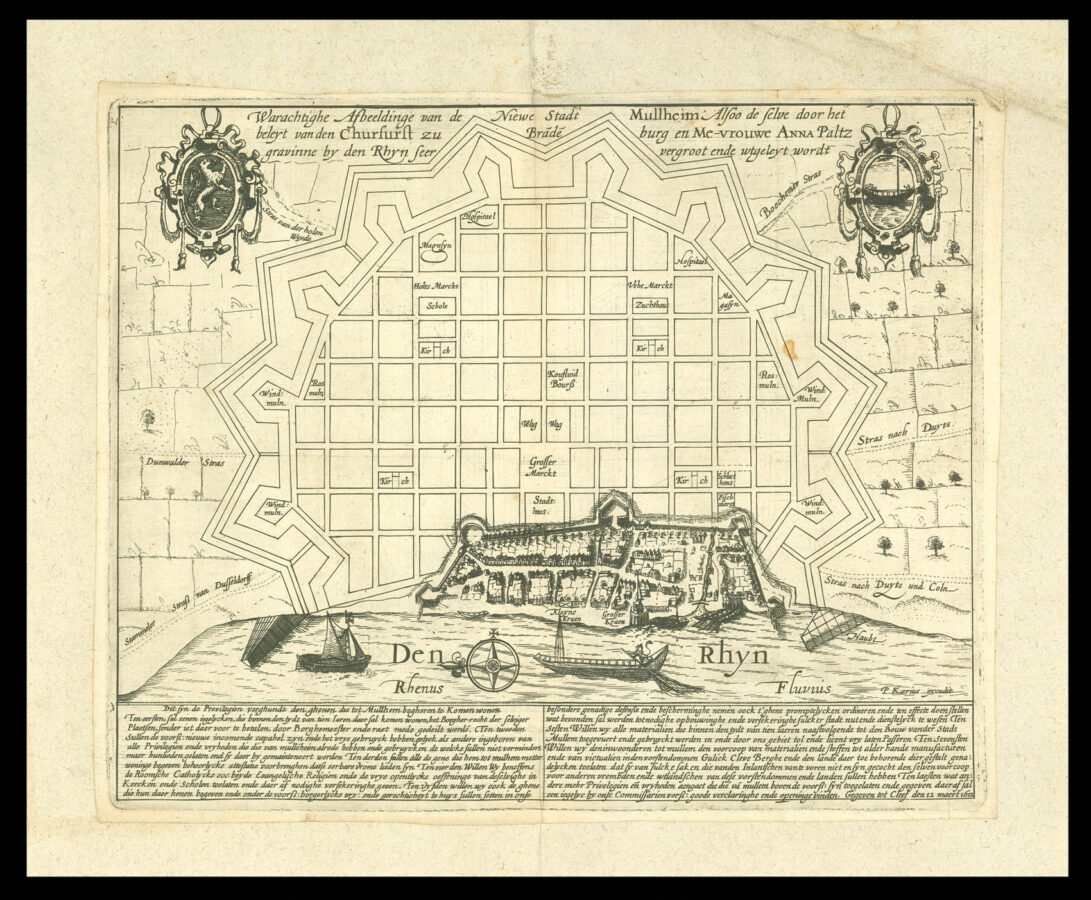 Detailed plan of Mülheim, a German town on the banks of the Rhine, almost opposite Cologne, and now part of that city; the plan was drawn in 1612 listing the privileges (rights) of the citizens of the town as guaranteed by the ​“Possessing Princes” in their agreement of 23rd March, 1612.

Mülheim was established in 1612 by Protestants seeking to evade the religious persecution brought about the Counter-Reformation in Germany. The town grew quickly, as did the prosperity of the people there; as can be seen from the plan, the town was strongly fortified, becoming one of the important commercial and military locations along the river. The town was protected by the ​“Possessing Princes” of Julich who guaranteed freedom of religion and other extensive privileges.

The success of the town, however, led to conflict with its Catholic neighbours. In 1614, the emperor ordered that the town demolish its fortifications within a month of his decree; when the Protestants refused, the Spanish General Ambroglio Spinola was despatched to capture the town and destroy the defences, which he duly did, beginning on 16th September, 1614.

Van den Keere’s version seems to have been the source for a number of derivatives.

Also known as Petrus Kaerius, and one of the most prolific Dutch cartographers of the first decades of the seventeenth century, Van den Keere was the son of Hendrik van den Keere, or Henri du Tour, a well-known type-founder, in Ghent. After his father died, when the young Van den Keere was nine, his mother remarried Jan Jansz. Bert or Bertius, and so he became, first, the step-brother of cartographer Petrus Bertius; and later, once he’d married Bertius’s sister Anna in 1599, his brother-in-law.