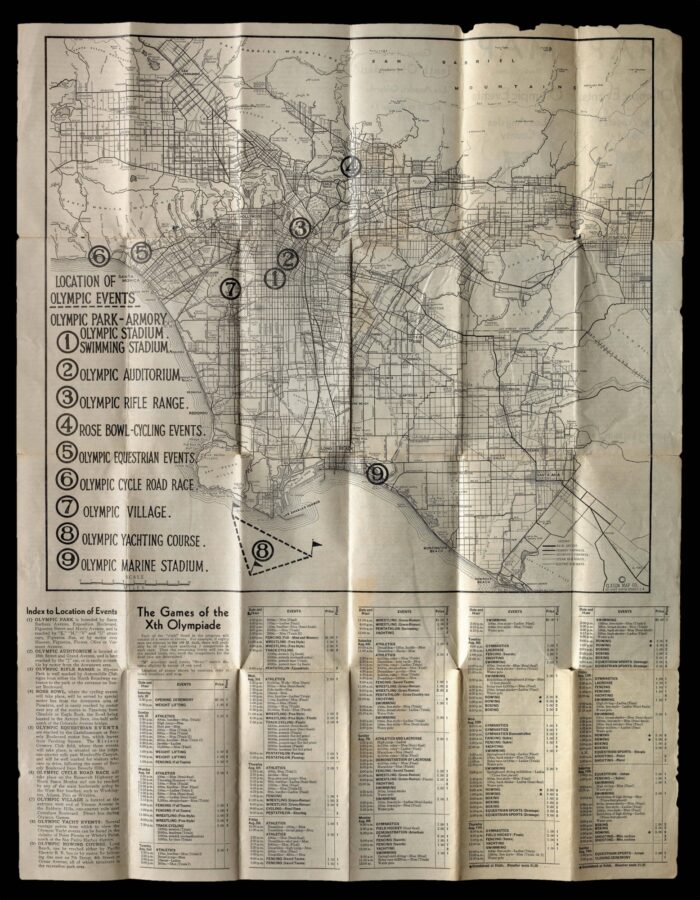 Los Angeles goes for the gold!

A tourist’s map and guide to the 1932 Los Angeles Olympic games.

Los Angeles was the host city for the tenth Olympic games, held from July 30th to August 14th, 1932. Due to the Great Depression, the LA Olympics were held on a shoestring budget. This unfortunate fact, as well as California’s relative remoteness, caused these games to have the lowest athlete participation since 1904. Despite these hurdles, the standard of competition at the games was excellent, and it was an extremely innovative Olympics. For example, the duration of the games was shortened from over 79 days to only 16 days, the male athletes were all housed together in the first ever Olympic Village, the podium was used during medal ceremonies for the first time, there was record attendance, and it was the first time that the Olympics had actually been profitable for its host city. As a result of these games, Los Angeles became internationally known for the first time for reasons other than Hollywood’s film industry, thereby cementing its longstanding reputation as America’s major West-Coast city.

As a result of the Great Depression, Los Angeles was forced to use mostly preexisting stadiums for the events, though they changed their names temporarily and in some cases modified or renovated them. The only newly built stadium was the Coliseum (here called the Los Angeles Olympic Stadium), which astounded visitors with its immense size.

This pamphlet, intended for use by visitors to the games, includes a detailed map of the city as well as information about the history of Los Angeles, its landmarks, museums, parks, stadiums, public transportation, and of course the times, venues and ticket prices for all the Olympic events.

We can only trace two examples in institutional collections (U.C. Berkley, Stanford) and one example to have appeared at auction. 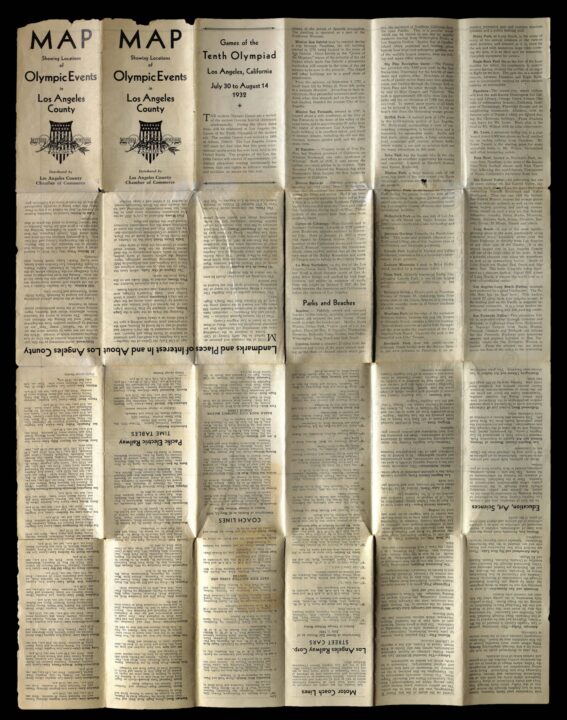 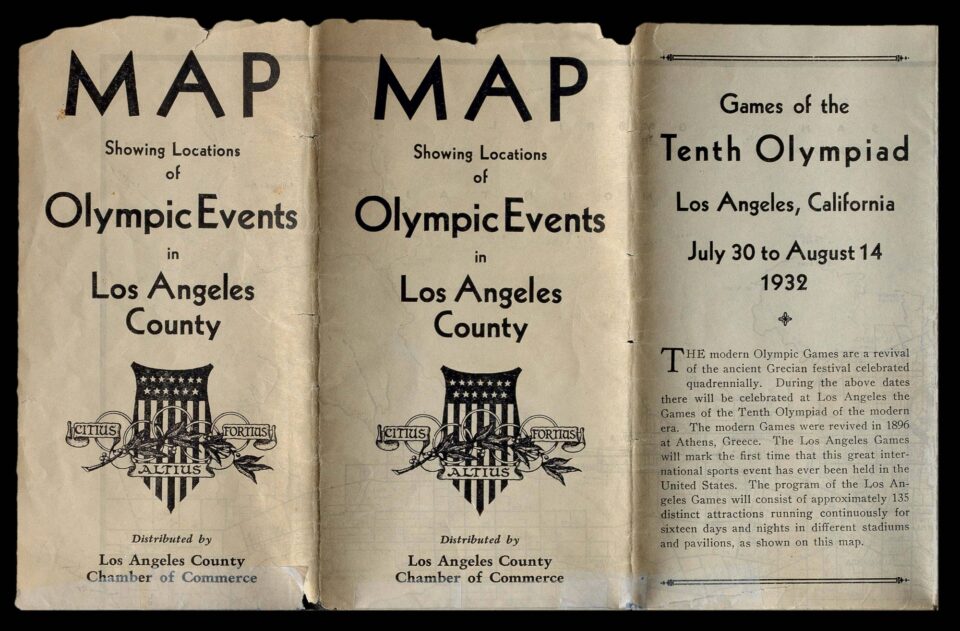