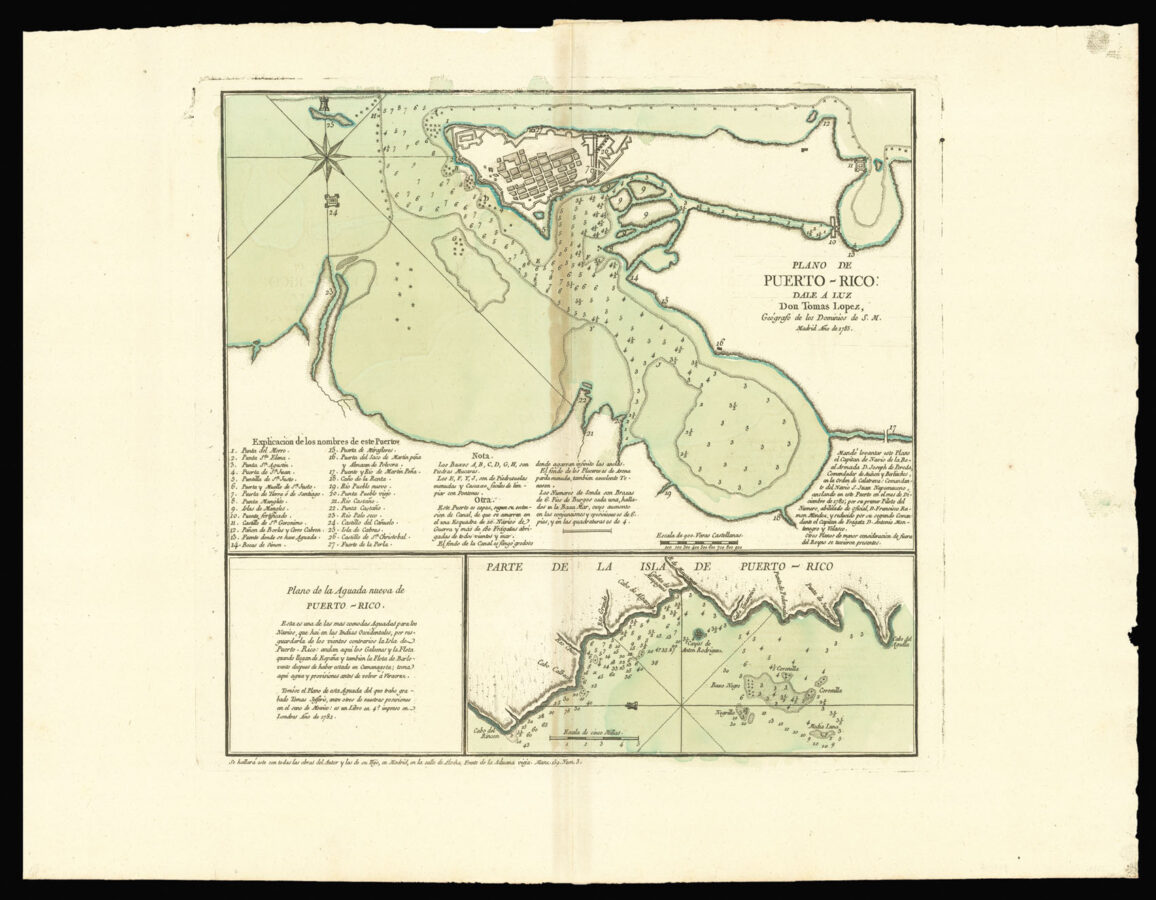 Rare and detailed chart of San Juan, and the environs of Mayaguez Bay on Puerto Rico. The chart of San Juan is accompanied by an extensive key listing 27 places, together with a detailed explanatory note. Both charts contain numerous sounds and signs of the sea. A 14-line note at lower right of the main chart states it was made on orders given in December 1782 by Don Joseph de Pereda, captain of the warship San Juan Nepumuceno, when anchored in the harbor; it was originally the work of the ship’s first piloto de numero, Don Francisco Ramón Méndez, and was ​“reducido” [i.e. composed] by Don Antonio Montenegro y Velasco, the second-in-command, from this survey, some reliance being placed on non-Spanish charts, as appears from the remark ​“Otros planos de menor consideracion de fuera del Reyno se tuvieron presentes.“