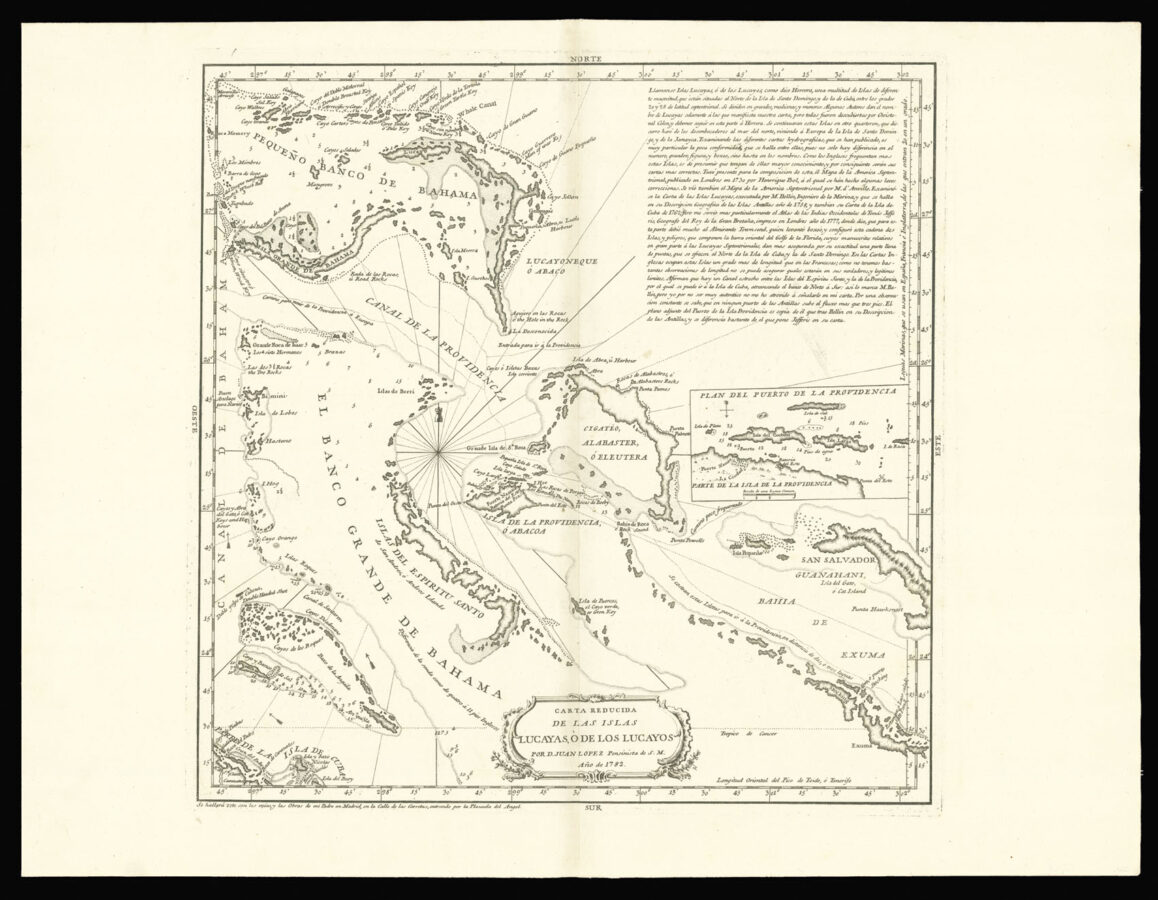 Lopez’s chart of the Bahama Channel

Lopez’s rare and detailed chart of The Bahama Channel.

To the upper right is an extensive text block providing information on the chart. The islands were it state“discovered by Columbus”. The text goes on to mention the previous charts which Lopez has consulted,noting a great difference between them: ​“as not only is there a difference in number of islands, the shape of islands, but even in the names”. The best source, Lopez says, is Thomas Jeffreys map of the region of 1777. The map includes a reference to Harbor Island in Spanish (Isla d’Abra, ú Harbour).