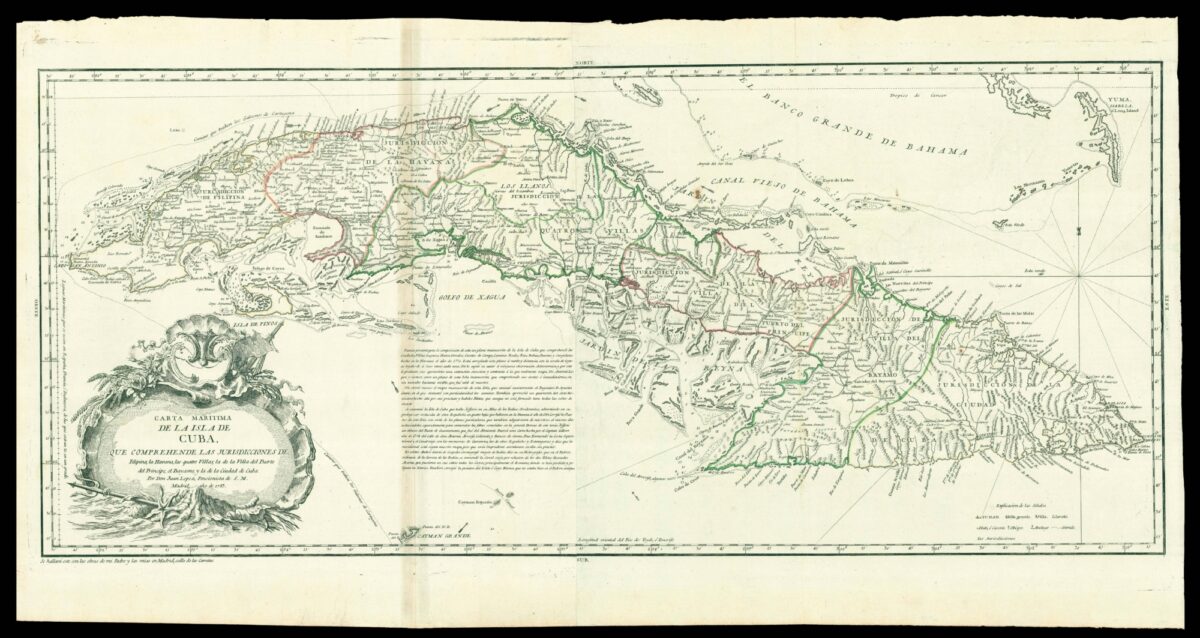 Map of Cuba by Juan Lopez (1765–1830), the son of the famous Spanish cartographer Tomas Lopez. Cuba was one of Spain’s most important territories in the West Indies, providing a crucial base for the slave and bullion trade. The British held the island for just under a year during the Seven Years War, before returning the island to Spain in the Treaty of Paris in return for Florida. Whereas the economy of most colonies was built on slaves and the production of raw materials, Cuba’s economy was urbanised and supported the empire.