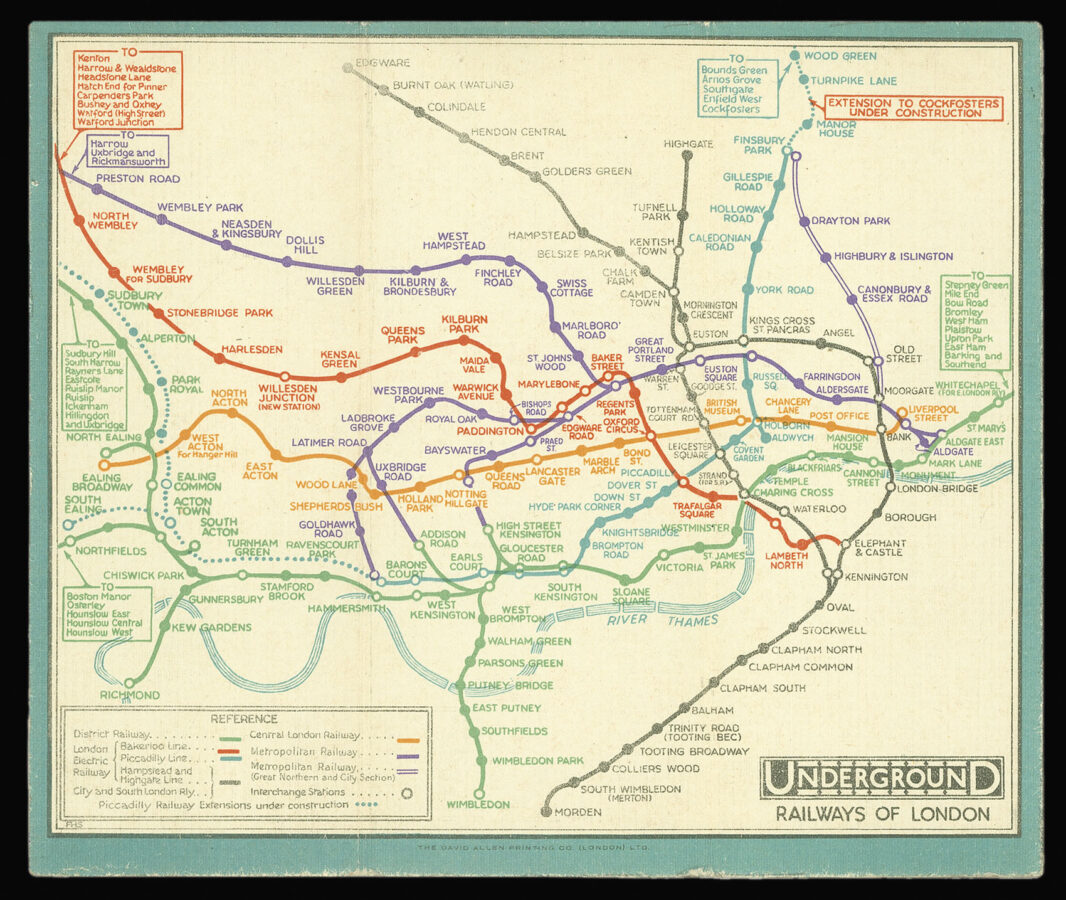 These plans were designed and drawn by Frederick H. Stingemore, a draughtsman working for the London Underground. The plan went through 11 editions between 1925 and 1932. The first editions was designed in an effort to consolidate the network and make it easier to understand by compressing the outlying lines in comparison to the intricate and congested central area. Although distorted the plan still follows the general geographical layout; however, all ground detail has been omitted, including the River Thames. This evidently led to some confusion, as from the third edition the river was reinstated.

The present example is the ninth edition, and dates to mid 1931. 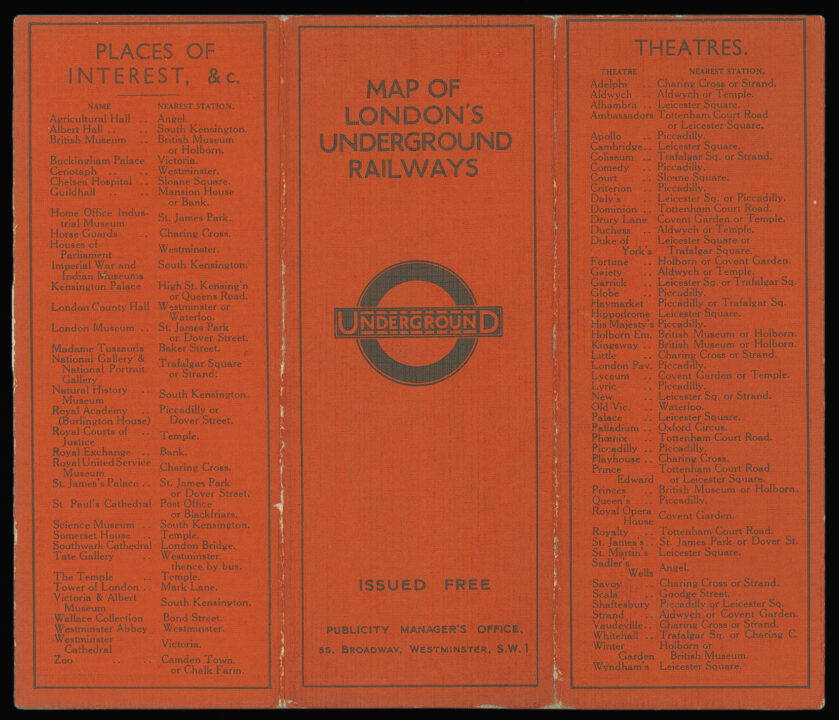