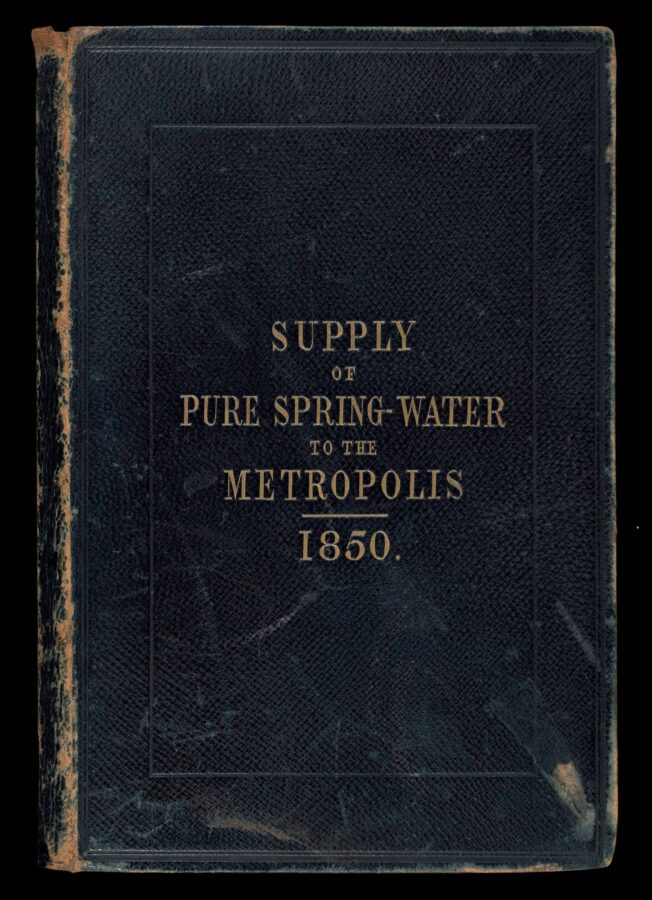 This report marks a particularly interesting point in the history of London’s water supply. During the 1840s, interest began to develop in extracting water from springs in the extensive chalk formations around London. There was a growing public concern with the water supply. Arthur Hill-Hassall analysed samples of water from the Thames under a microscope, finding large amounts of ​‘animalcules’ — organic matter that contemporary scientists could not explain, driving further worries about water cleanliness. John Snow published his work ​‘On the Mode of Communication of Cholera’ in 1849, based on his observations of the epidemic in that year and in 1832, presenting the theory that the disease was water- rather than airborne.

The London (Watford) Spring-Water Company was set up int 1850. They took advantage of the public concern with water and in particular with ​‘animalcules’ by commissioning a report from two scientists on the water above Teddington Lock from the Thames (where the capital’s other companies took their water from) and water from Watford Springs, showing that the latter was as ​“free from organic matter as any water can be in its natural state” (Jones). They aimed not only to improve the quality of water in the capital but also to break the monopolies held by water companies who were providing water from the Thames at high prices.

This copy of the report was presented by Robert Paten (1788–1861), a civil engineer. He sunk an experimental well in Watford in 1840 (illustrated in the folding plate) and gave evidence to the House of Lords about the suitability of the springs. His account of the experiment is included in the booklet.

The booklet itself is written by Samuel Collett Homersham (c1816-1886), an hydrologist who worked on problems of water supply throughout England. He provides evidence for the purity of the water from chalk beds (hence the inclusion of the geological map of the United Kingdom at the back of the booklet, showing Watford’s position within a chalk belt). He also describes how the water would be transported to London. The map at the front of the booklet shows the proposed route in red.

Unfortunately, the scheme was never approved. 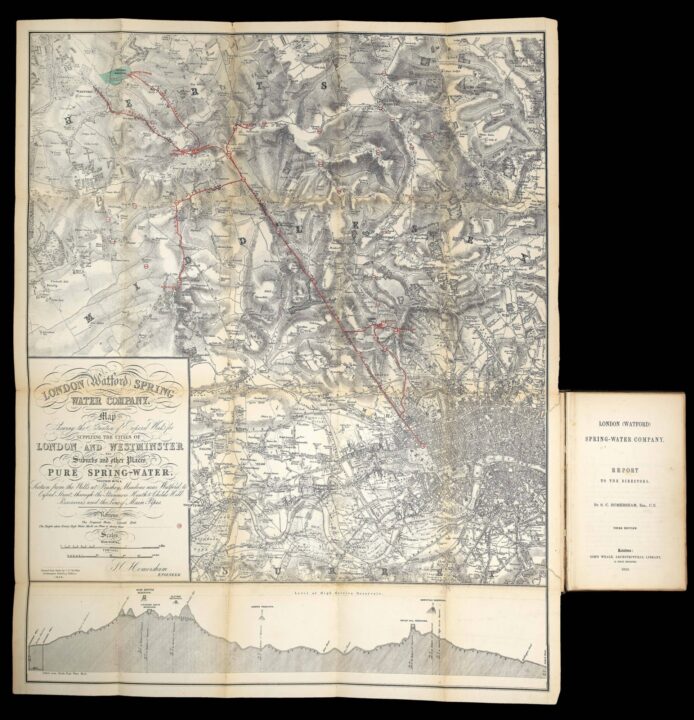 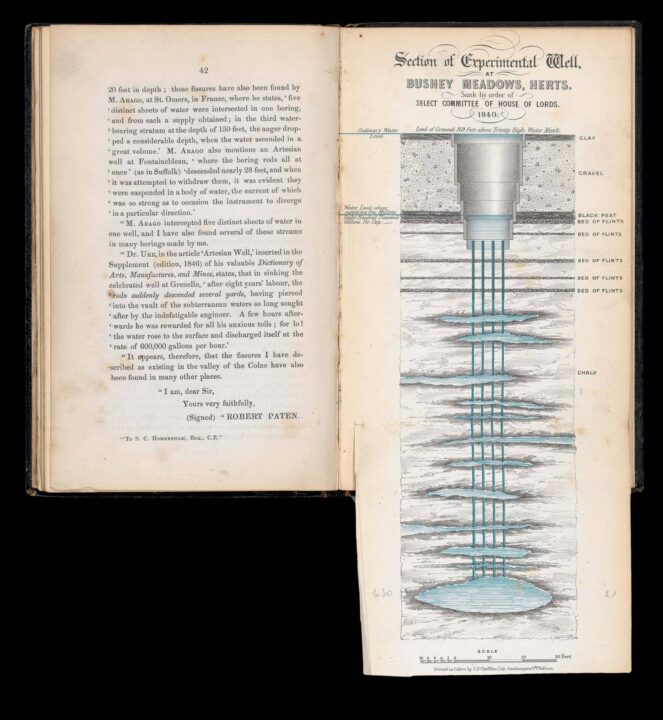 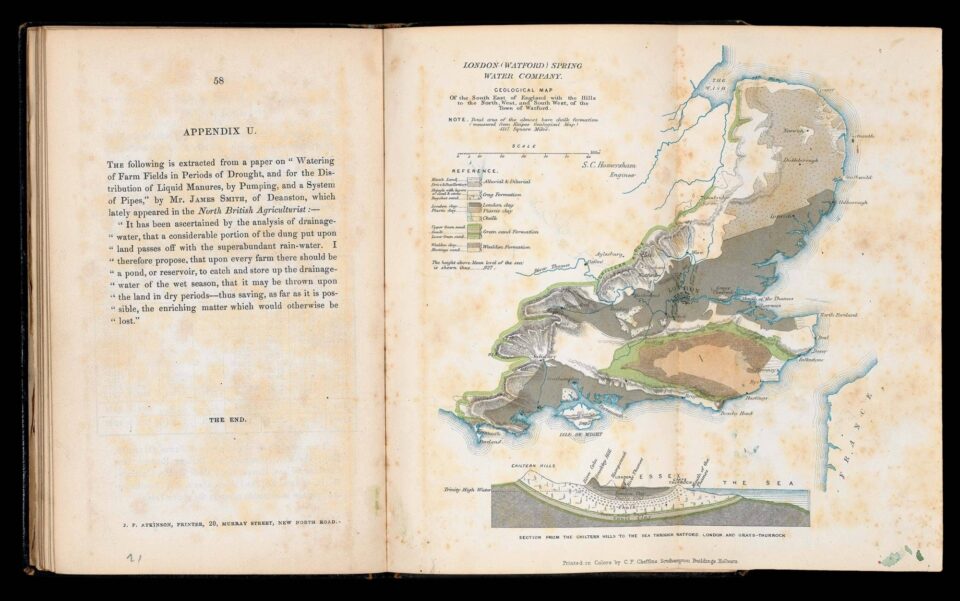 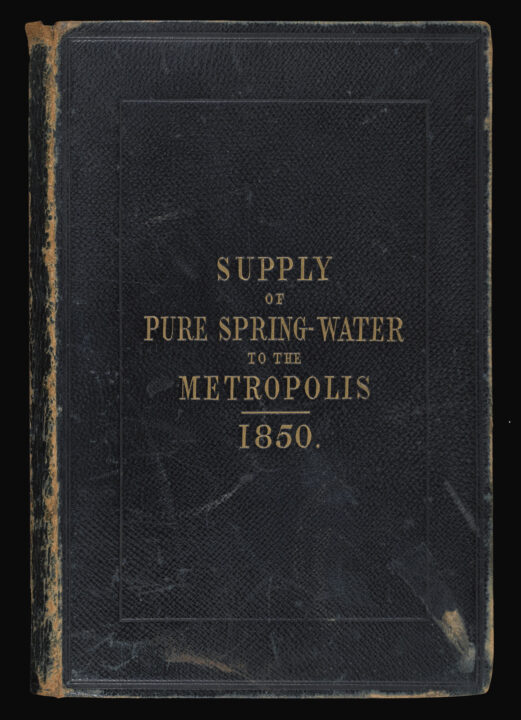 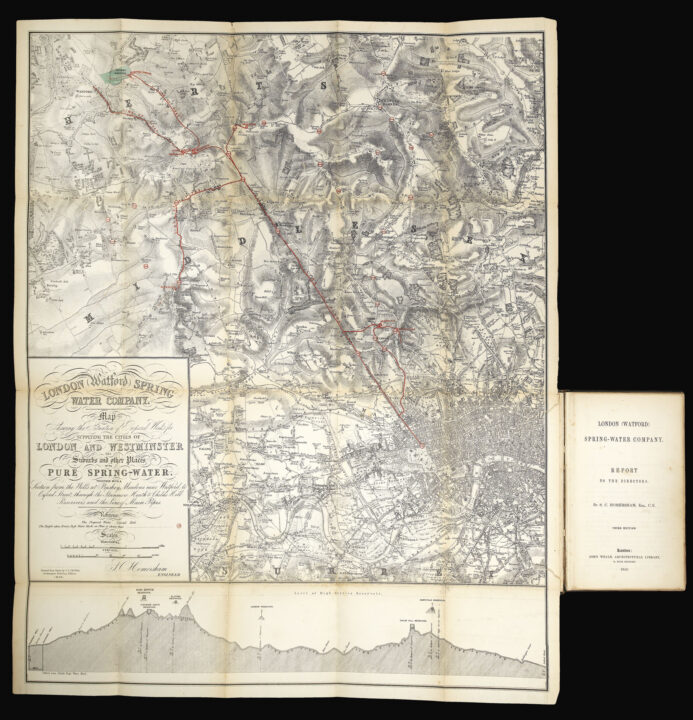 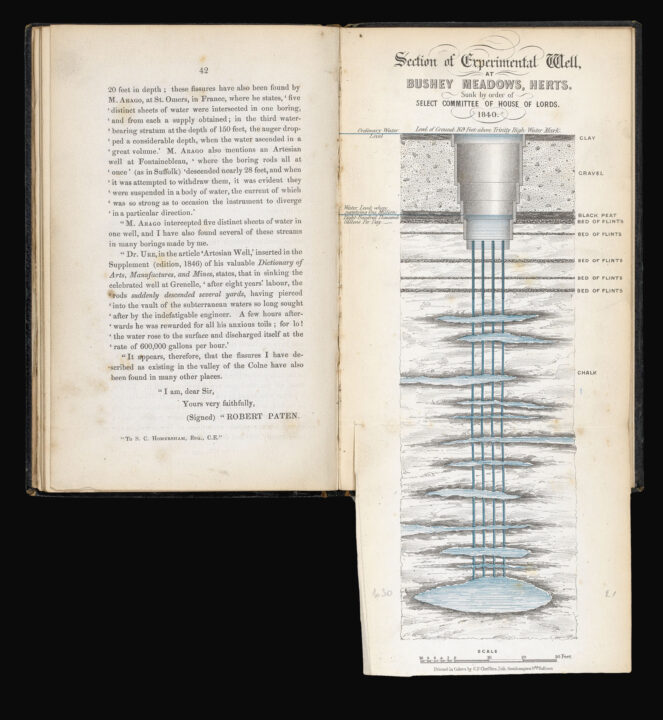 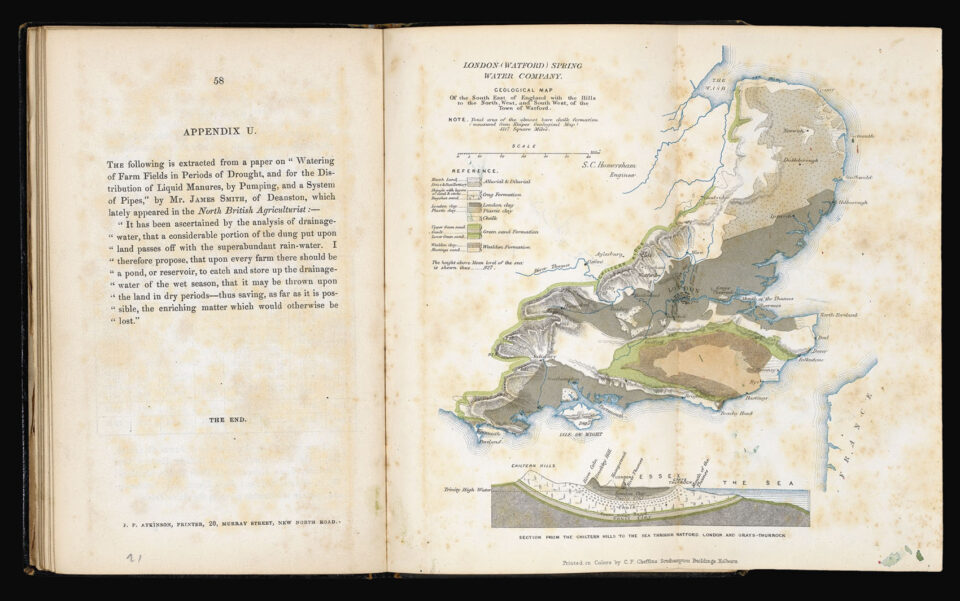