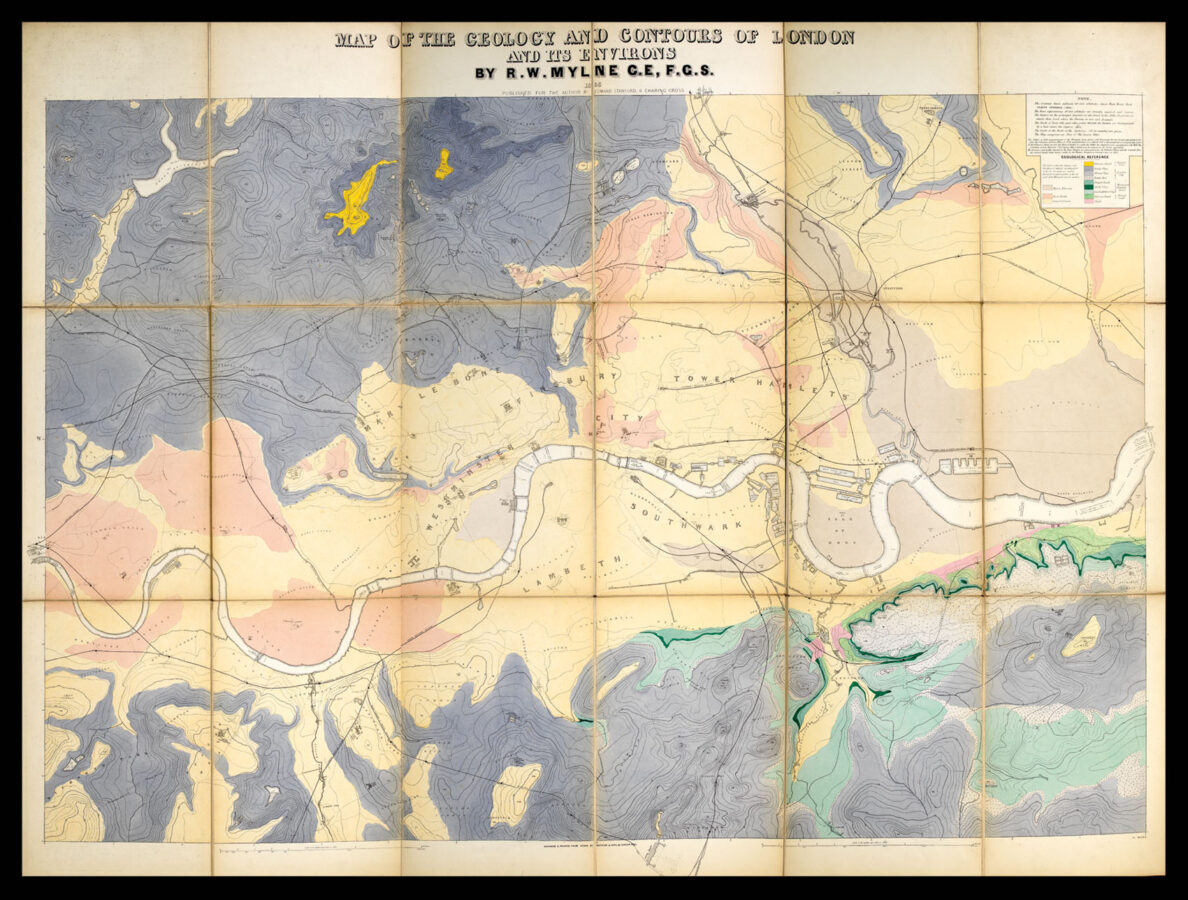 Map of the Geology and Contours of London

First edition of Mylne’s map, published during a period of change in understanding of public health and urban planning. His expertise was in water supply; his paper on artesian wells was one of the works cited in his Royal Society nomination and he was engineer to the Limerick Water Company. Detailed geological surveys were key to tackling contemporary sanitation problems. There was already a growing body of cartography that dealt with statistics and the social environment, like Henry Chadwick’s 1842 map showing the levels of sanitation in Leeds. Surveys like Mylne’s could have a significant social impact; the year after the map was published, work began on Joseph Bazalgette’s sewer system, a pioneering exercise in public sanitation. The geological composition of the site for the proposed sewer network was important in planning its construction.

Mylne had already produced a geological map entitled ​‘Topographical Map of London and its Environs’, the first comprehensive geological map of London and the first with contours. He announced the preparation of this map in 1850, which aimed to give a much greater level of details. Mylne’s work on the map had begun in 1847, when he started to plan the contouring using other surveys and documents, completing the task with the help of the Ordnance Survey plans produced in 1850. His work consolidated a huge body of information, including Joseph Prestwich’s work on the London tertiary strata, and manuscripts on the Woolwich district by Reverend de la Condamine. Mylne used James Wyld’s ​‘Map of London and its Environs’ retaining the scale and area covered and only using landmark buildings, the junctions of main roads and railway lines to orient the viewer, the better to portray the geological foundation. The map shows the position of wells and the level of chalk. It also gave information on the course of canals and the level of water at locks, railway lines, the area of the principal docks and the width of their entrance gates, and even the level of the lowest spring tides.

Robert Mylne (1816–1890) was from a family of distinguished Scottish architects, geologists and engineers; his grandfather designed the first Blackfriars Bridge. His work on water supply and geology earned him a fellowship to the Royal Society in 1860. Until 1870, his maps were the only geological maps covering the whole of the London area, and were only later surpassed by the Ordnance Geological Survey’s publication. 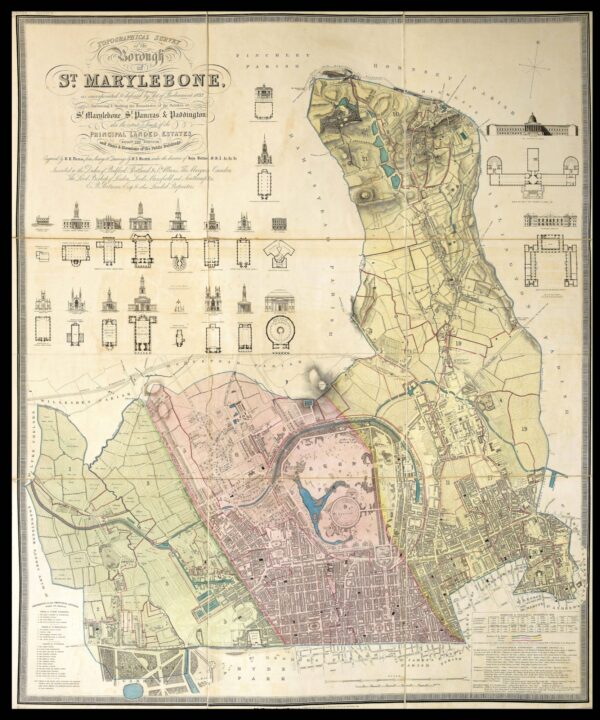