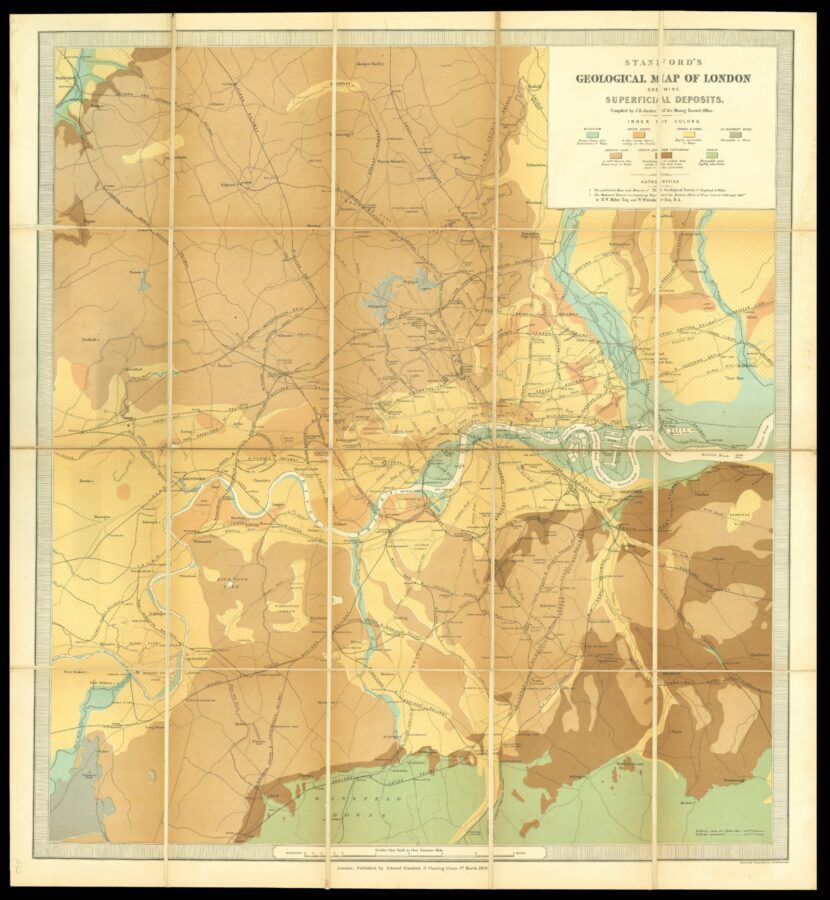 Edward Stanford (1827–1904) was a highly successful publisher, known for his accurate maps of London. He began his career working for Trelawny Saunders, an enterprising mapmaker who supplied a daily weather chart for the Great Exhibition. Stanford started his own business in 1853, was elected a fellow of the Royal Geographical Society the following year and set about expanding the cartographical aspect of the firm. Stanford’s great rival was James Wyld, and both publishers produced a geological map of the entire London area in 1870.

The impact of the Ordnance Survey and contemporary interest in geology led the Superintendent of the OS to authorise Henry de la Beche, the Vice-President of the Geological Society to found the Ordnance Geological Survey (now known as the British Geological Survey) in 1835. A decade later, the Geological Survey Act was passed which mandated a survey of the entire country, and the OGS produced several of the area around London. This map was compiled for Stanford by James B. Jordan (1838–1915), who had worked for the Mining Records Office and the OGS. Jordan used OGS surveys and the maps of Robert Mylne and William Whitaker as sources; the second edition of the map tells the viewer that it was ​‘surveyed principally by William Whitaker’, a fellow member of the OGS. The present example is the first edition.

The key at the top identifies the different types of soil deposits and geological formations found in the Greater London area.