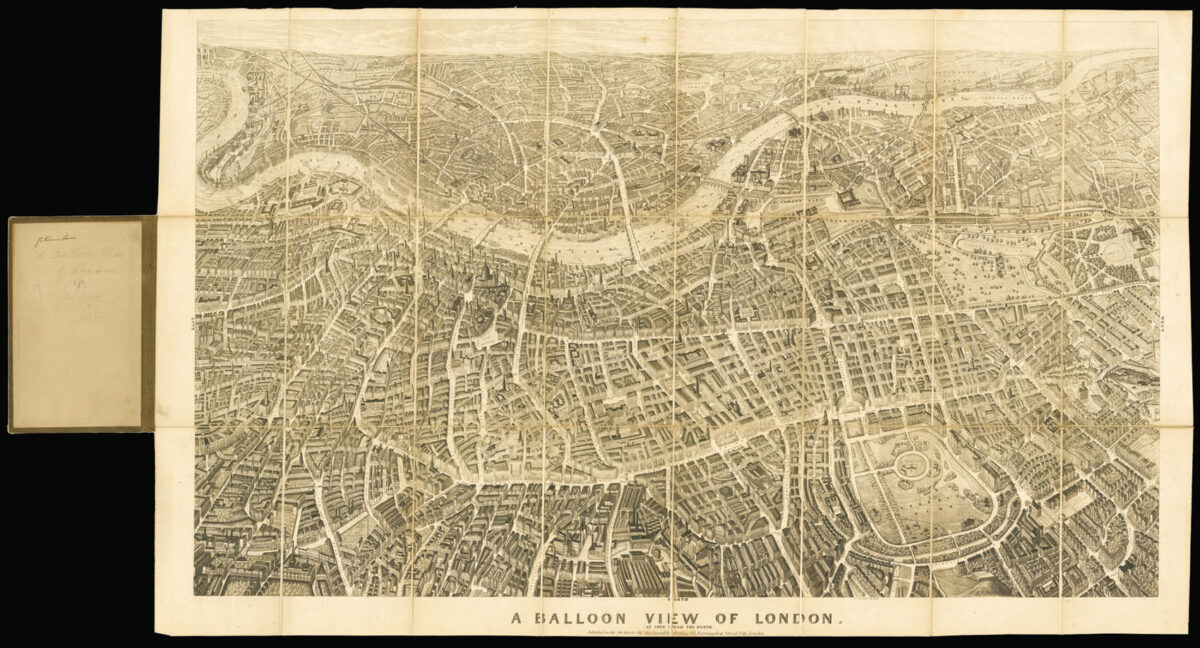 London from the North

A Balloon View of London As Seen from the North

John Henry Banks (1816–1879) was a printer, engraver, and publisher active in London during the middle of the nineteenth century. He is most noted for his birdseye views of London taken from both the north and the south. The present view shows London as seen from the north. In the foreground is Regents Park with Camberwell and the North Downes in the distance; with the view stretching from Greenwich Reach in the east to Kensington Palace in the west.