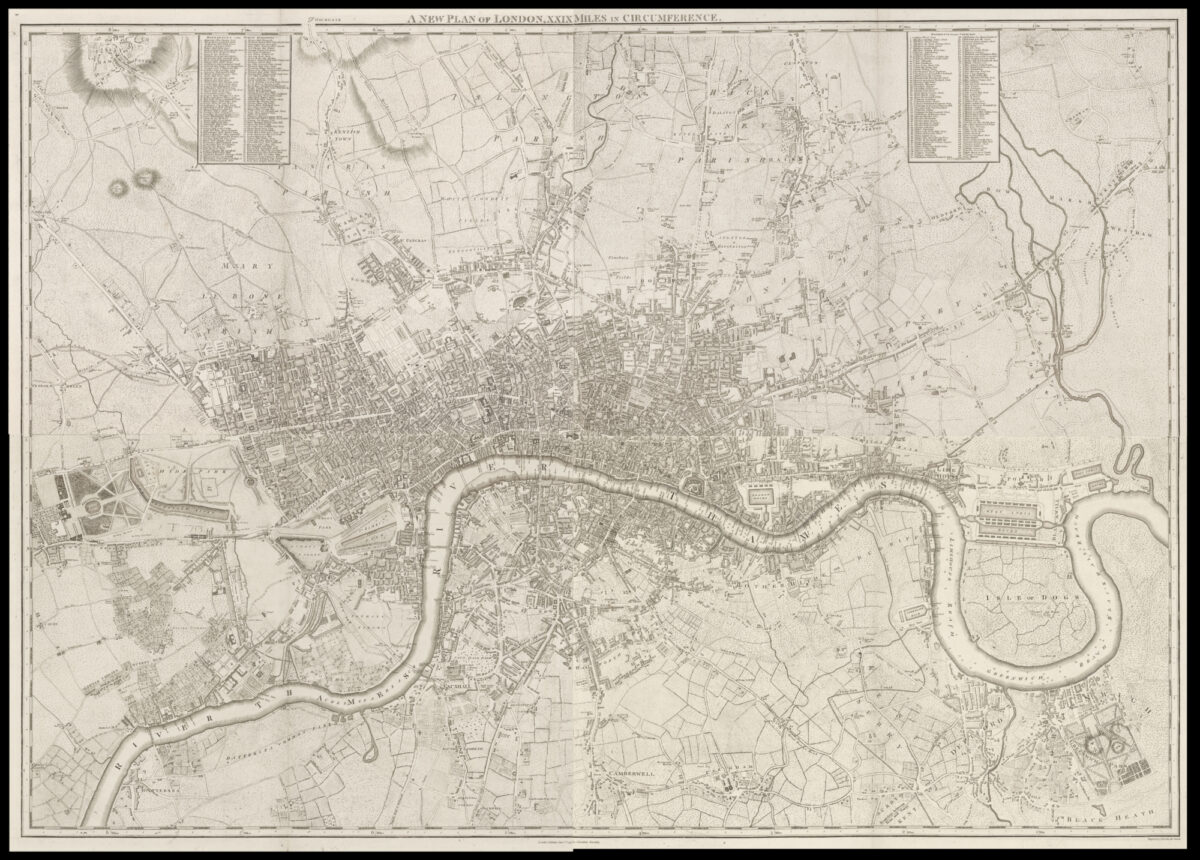 London docks and the Croydon Canal

A New Plan of London, XXIX Miles in Circumference.

This large and detailed plan of London is very similar stylistically to much of the output of John Rocque, although Stockdale is somewhat sparser, with few baroque flourishes. The plan is dated 1797, yet it was clearly issued some twelve years late as it not only shows the West India Docks (opened in 1802), the London Docks (opened in 1805), and the East India Docks (opened in 1806), but also the Croydon Canal, which was not in use until 1809. Also shown are the intended routes, marked by dotted lines, of Regent’s Bridge (later renamed Vauxhall Bridge), and Waterloo Bridge.