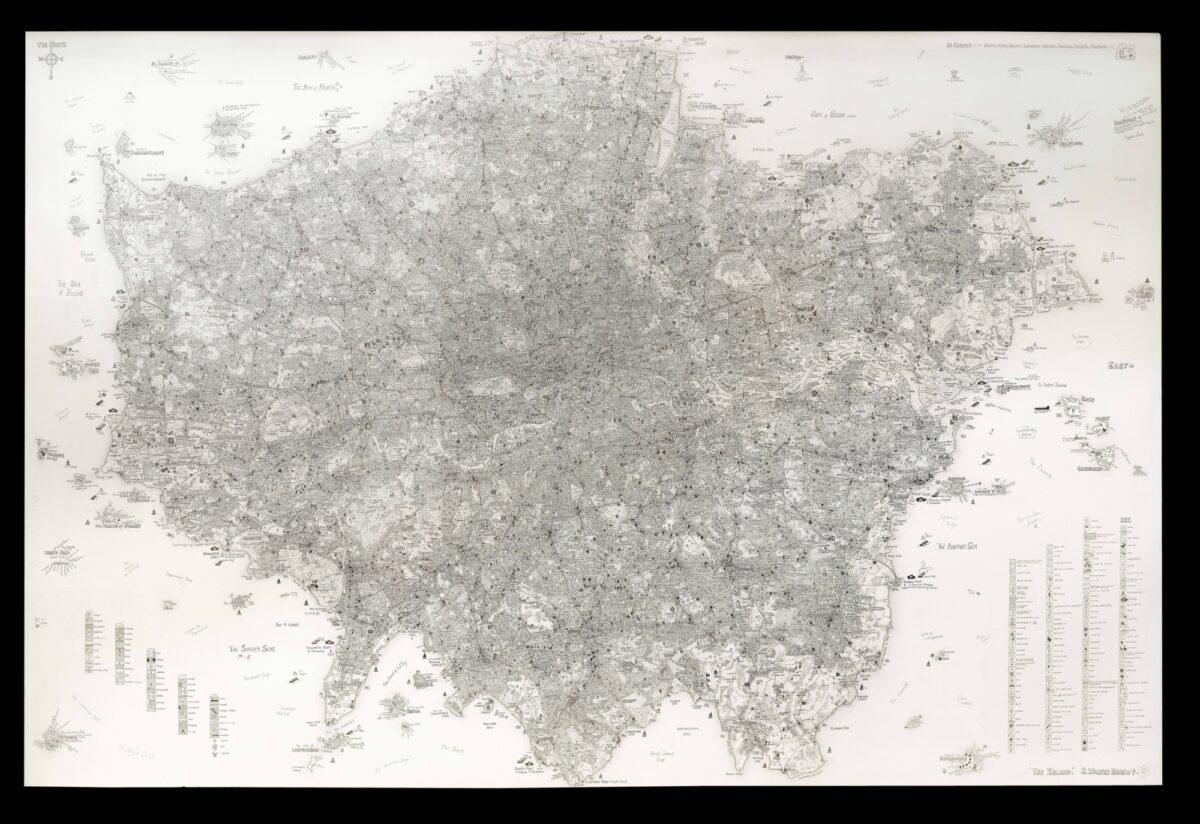 London, as an island

Original drawing for Stephen Walter’s iconic map of London as an island. Subsequently issued in a limited edition of 50 ink jet and screen print on hand torn fine art paper, signed by the artist, 2008, and published in book form in 2015.

Walter’s map shows Greater London in 2008 in obsessive physical and historical detail, with a key to the nearly one hundred and fifty recurring symbols throughout the map. While incorporating the thirty-two boroughs, the commuter belt, the map plots ​“everything from the location of good pubs, dangerous dogs and ice-cream vendors to celebrated inhabitants, speed limits and the ethnic makeup of particular districts,…” (British Library).

However, Walter’s map reveals more of the city than its footprint and historic landmarks. It is at once a visual account of two thousand years of history, of different cultures, folklore.

Exhibited as one of only two contemporary works in the seminal ​‘Magnificent Maps’ exhibition held at the British Library in 2010, the other by Grayson Perry. 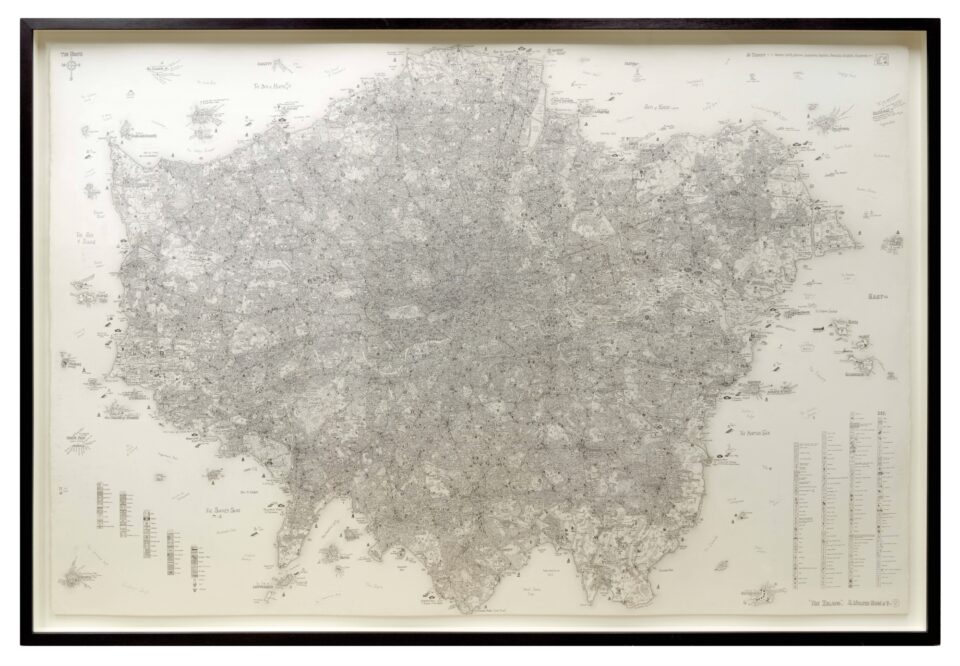 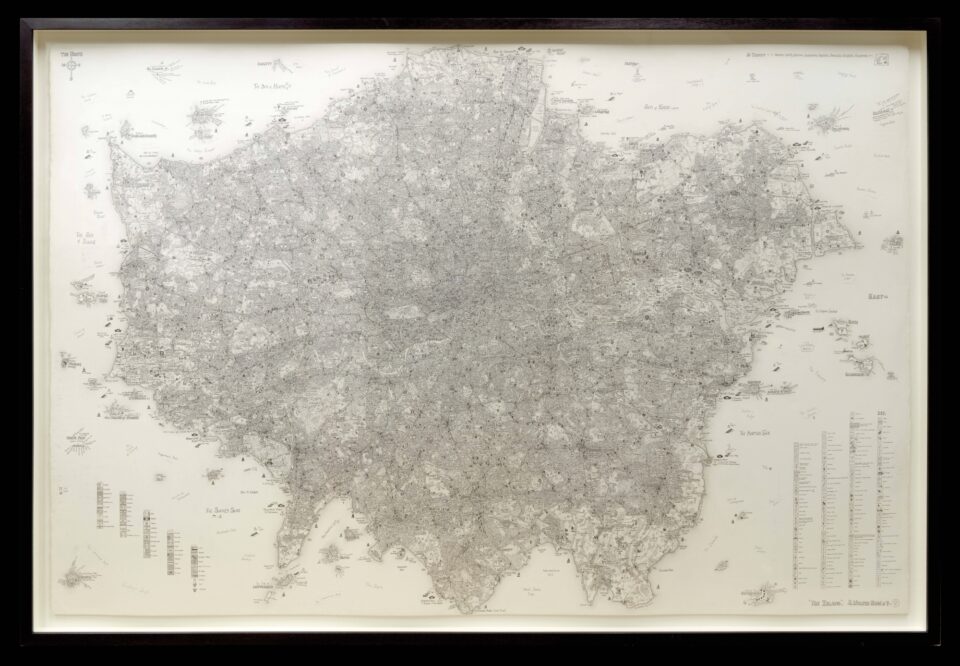