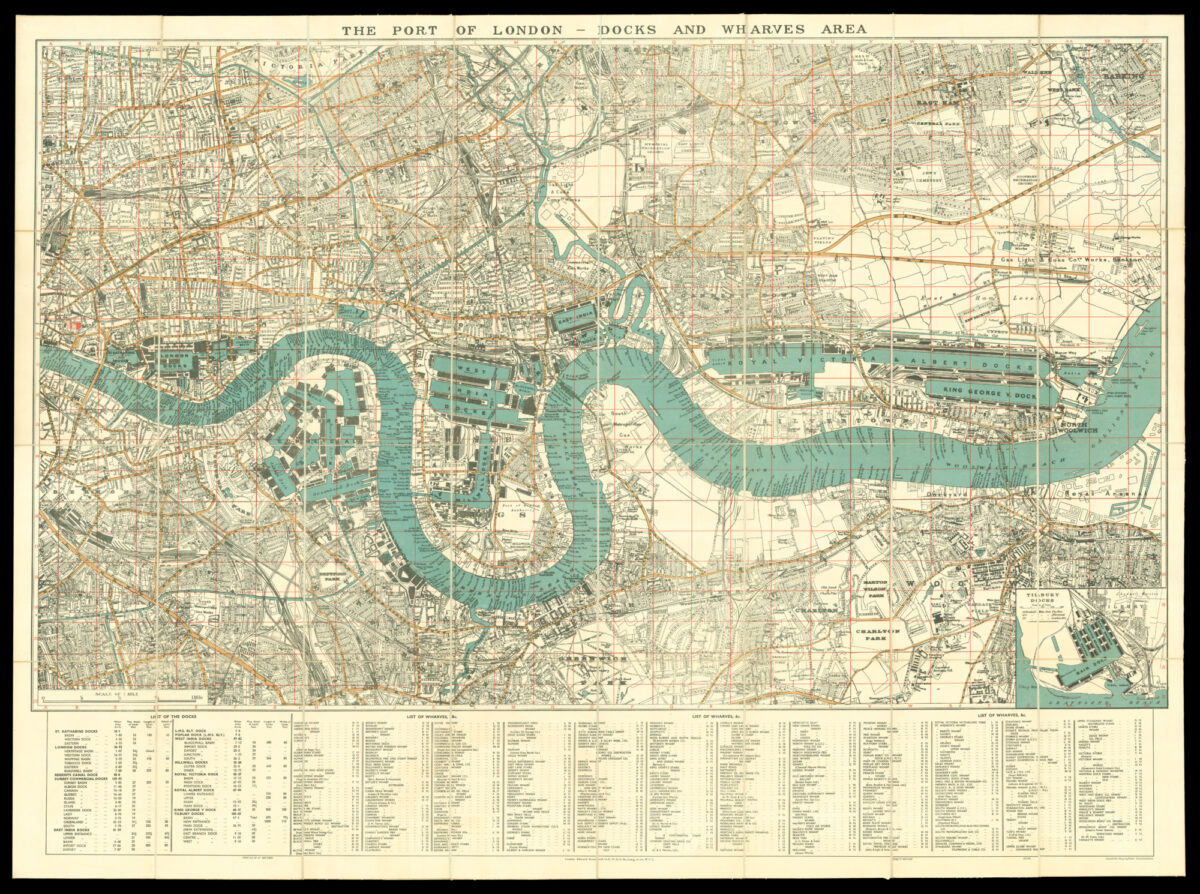 Map of The Port of London — Docks and Wharves Area

A lithograph map of the Port of London between St Katharine’s Docks and Tilbury Docks. Major roads and omnibus routes are printed in orange and bodies of water in blue, with red gridlines covering the map. London was one of the largest ports in the world at the time. A series of enclosed docks were built by private companies over the nineteenth century in response to a lack of capacity in the Pool of London, and the increasing size of cargo ships. A key at the bottom lists docks and wharves and indicates if they are used by a particular company. The Port was a vital part of the British economy: refining and processing industries grew up around goods brought in to the docks and it was the centre of British shipbuilding and repair. However, it was also a centre of political action and reform. In 1889, the dockyard workers had gone on strike for the ​‘Docker’s Tanner’, a wage of 6d. an hour, protesting against the low wages and job insecurity offered by the shipping companies. It was the first in a series of industrial actions which would lead to the foundation of the Port of London Authority in 1908, four years after the publication of this map.

The inset map at the bottom shows the recently constructed Tilbury Docks in Essex, opened in 1886 by the East and West India Docks Company. The dock was built as a counter to the opening of the Royal Albert Dock by the London and St Katherine Dock Company; the two firms competed jealously for territorial advantage on the Thames.

Rare; COPAC does not record any copies, nor have any been offered in the last thirty years.