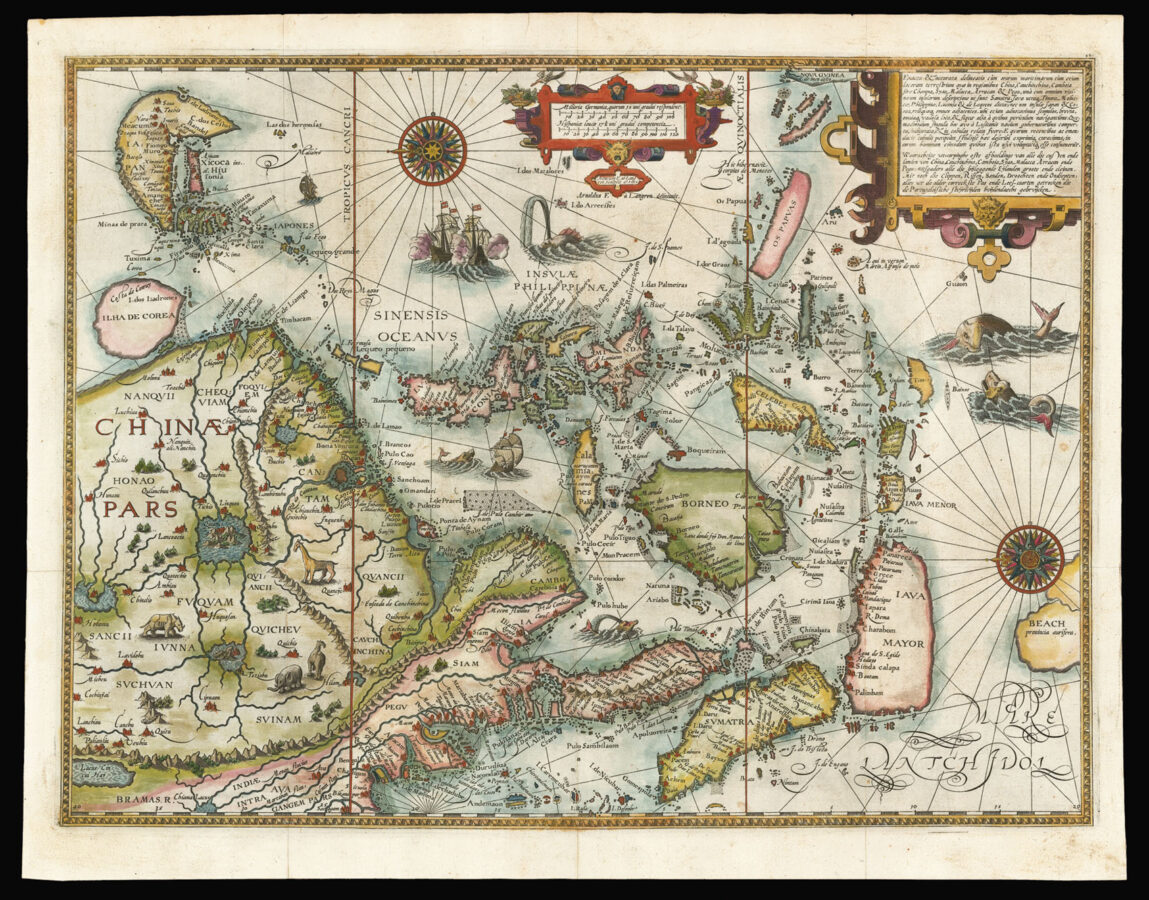 Jan Huygen van Linschoten was a writer and advocate of Dutch trade with the East Indies. During his formative years he travelled widely and, at one time, was secretary to the Portuguese archbishop of Goa. Whilst in his employ he had access to highly confidential Portuguese manuscript material of Southeast Asia which he mined extensively. The results of his espionage were his ​‘Reysgheschift’ in which he made public much secret Portuguese information. He urged any future expedition to use the Sunda Straits, between Sumatra and Java, as entry to the East India islands, thus circumventing the Portuguese-controlled Straits of Malacca.

The maps itself was published in his ​‘Itinerario’ of 1595, a book of such importance that every Dutch ship bound for the Indies was issued a copy. The map draws on slightly different Iberian sources, such as Fernão Vaz Dourado and Barubuda, than that of Plancius’ two years earlier, as can be seen by the different rendering of Luzon, the renaming of Bali (Galle), the slightly more realisting rendering of Sulawesi (Celebes), and the depiction of the west-east oritentation of Palawan (Calamianes). On the mainland Singapore (Sincapura) has been reinstated after being omitted by Plancius, and Chin is pockmarked with numerous phantom lakes; Chiang Mai has been shifted to the north and west. Numerous fabulous beasts populate the land and sea and, just off the east coast if the Philippines, two galleons do battle.

With the publication of this, de Jode’s and the Plancius’ map, the Dutch had lifted the cartographic veil that had been placed over the East Indies by Spain and Portugal for much of the century. It also signalled Dutch intent upon breaking the Iberian hegemony of the islands. It fell to the two brothers Cornelius and Frederick Houtmann to show that the intent had real force. 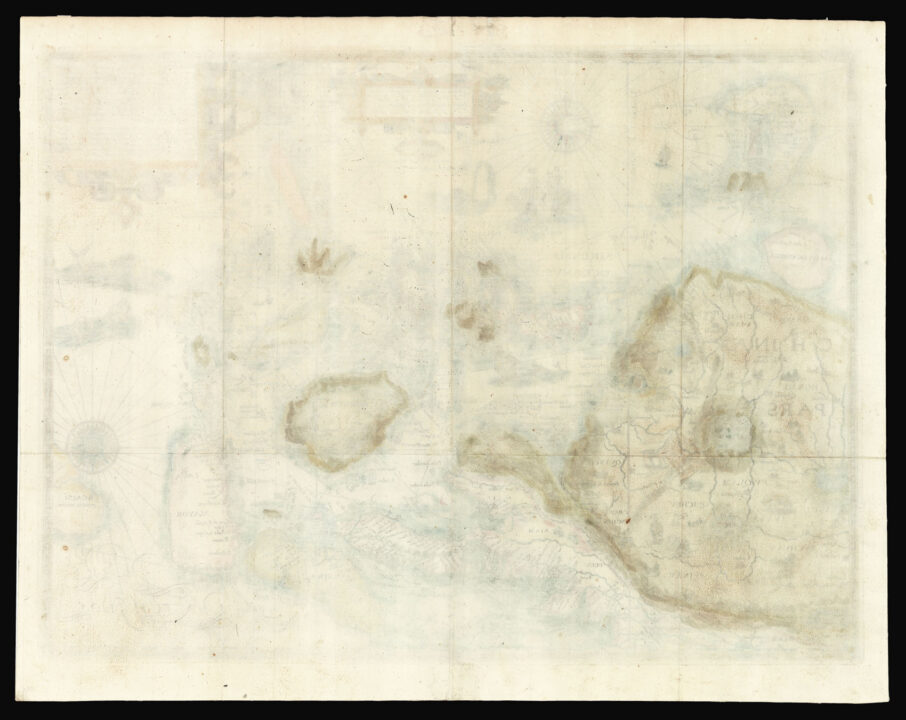