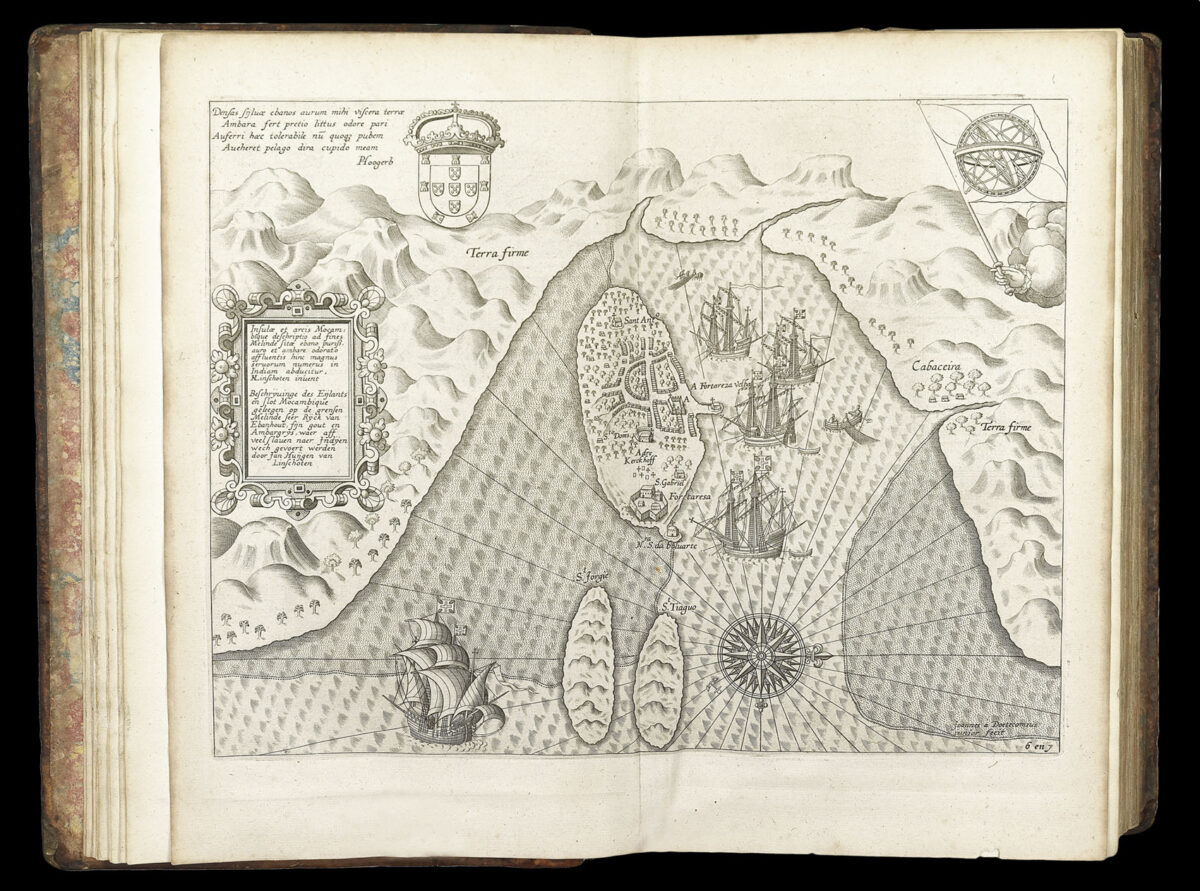 A map of the harbour of Malindi (Melinde) on the coast of Mozambique, which was often used as a rest stop by Portuguese and Dutch explorers. A disembodied hand emerges from the clouds at the upper right corner, holding a flag with an armillary sphere on it. The view shows the fortifications of the city, including ships flying the Portuguese standard anchored at the protected harbour.

The island of Mozambique was an important trade centre in Portugese Mombasa in the second half of the sixteenth century on the route from Portugal to India.

The first book is especially valuable for its eyewitness account of India, as one of the few Renaissance works on the East to be illustrated from life. Linschoten’s description of Goa is ​“one of the most original and reliable narratives prepared during the sixteenth century on life at the hub of Portugal’s Eastern empire and still is regarded as one of the best sources for Goa’s history at the peak of its glory”.