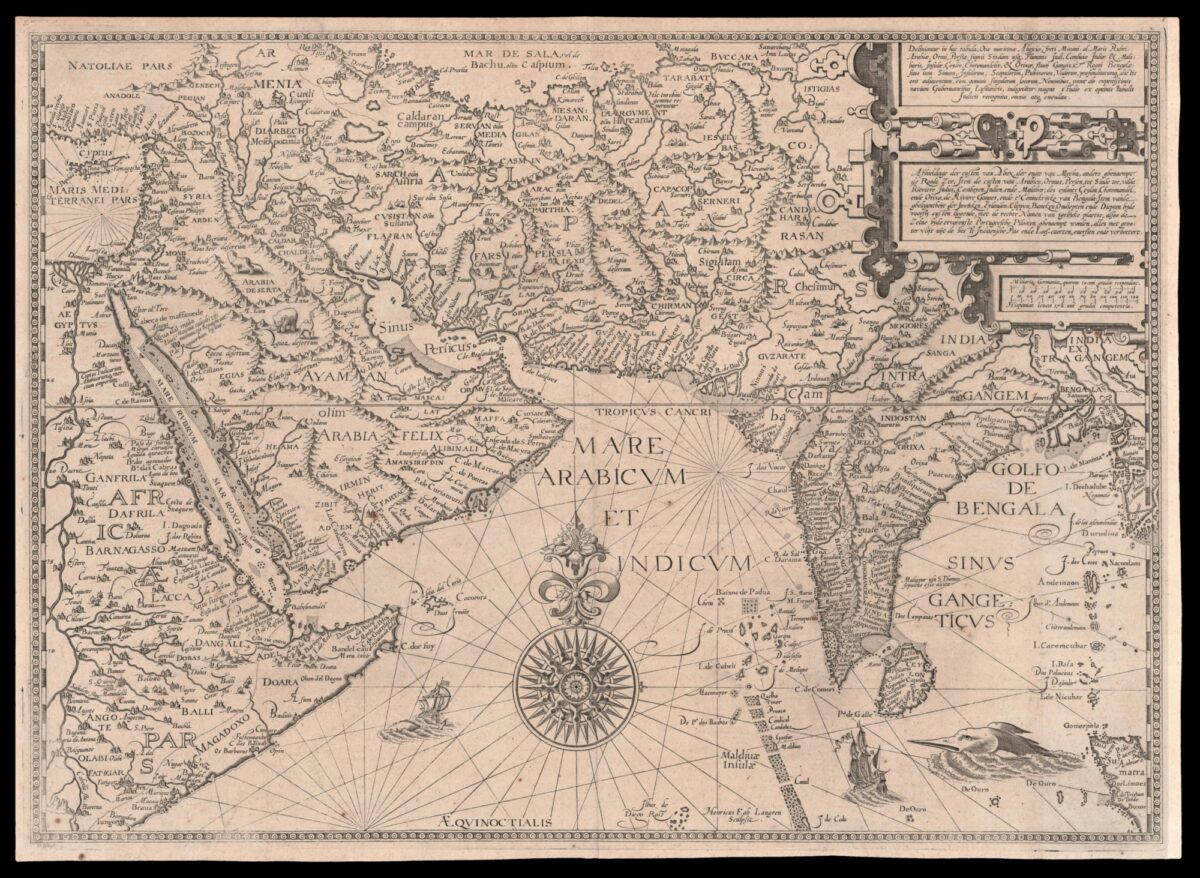 Linschoten’s important map of the Middle East and India

A map of Asia and the Indian Ocean, from the Middle East to India.

The first book is especially valuable for its eyewitness account of India, as one of the few Renaissance works on the East to be illustrated from life. Linschoten’s description of Goa is ​“one of the most original and reliable narratives prepared during the sixteenth century on life at the hub of Portugal’s Eastern empire and still is regarded as one of the best sources for Goa’s history at the peak of its glory”. The maps in the first book of the ​‘Itinerario’ were engraved by Henricus van Langren, mainly using Portuguese maps owned by Cornelis Claesz, the original publisher of the ​‘Itinerario’. They were mostly drawn by de Lasso, and originally acquired by the Houtman brothers between 1592–93, during their secret mission to Portugal at the suggestion of Petrus Plancius, the first official hydrographer of the VOC.