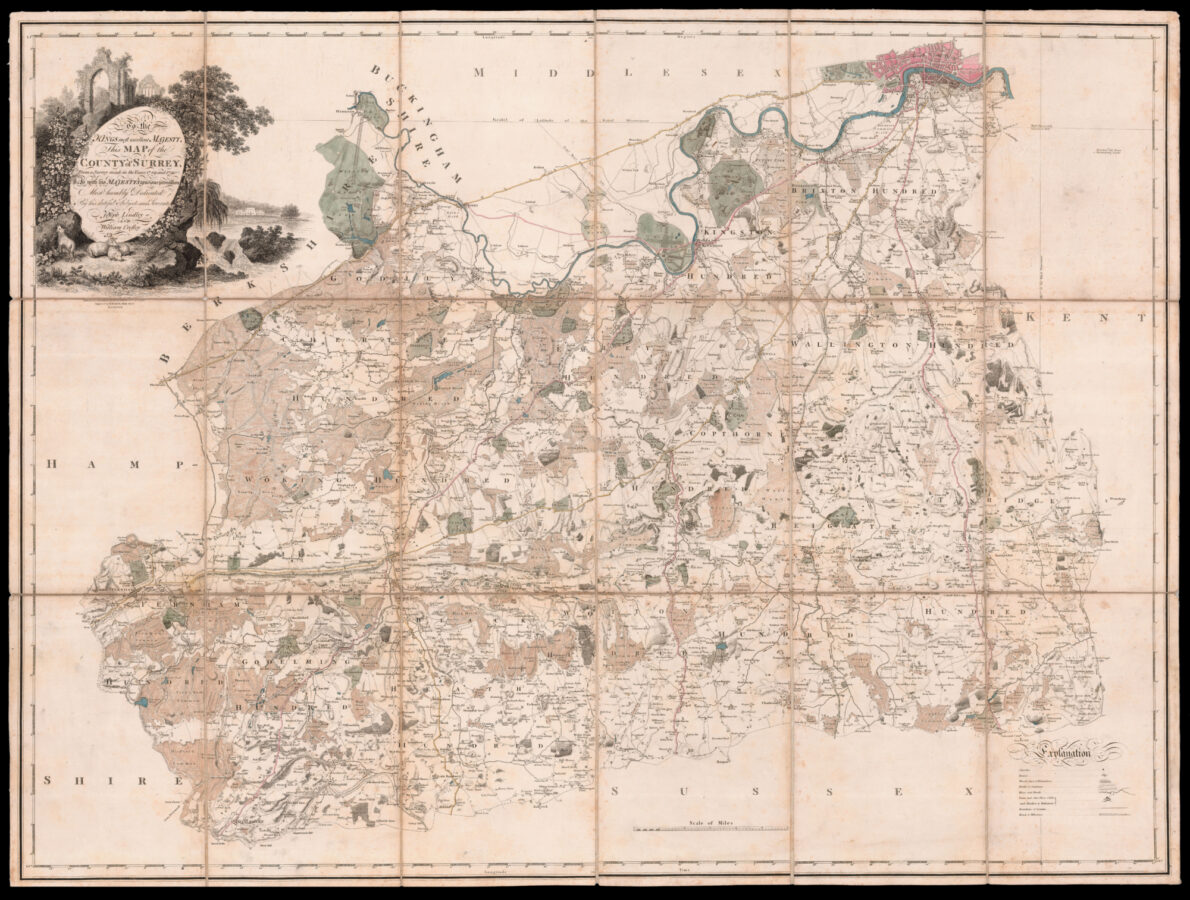 By LINDLEY, Joseph and CROSLEY, William, 1793

Map of Surrey. To the Kings most excellent Majesty, This Map of the County of Surrey, From a Survey made in the years 1789 and 1790 — Is with his Majesty’s gracious permission — Most humbly Dedicated By his dutiful Subjects and Servants — Joseph Lindley and William Crosley.

A large and detailed map of Surrey, extending north of the river Thames to show London’s streets, the outlines of Hampton Court Palace and Bushy Park (also Windsor Great Park in Berkshire). This first-edition map is titled within a highly decorative cartouche of architectural ruin and rural wildlife. This, the sixth survey of Surrey, is notable for being the first to apply data derived from measurements taken in what can be considered the ​‘First Ordnance Survey’ in 1789–90 (under the supervision of Major-General William Roy). Both Lindley and Crosley documented their experience of the creation of the survey in a work ​‘Memoir of a Map of the County of Surrey’ (available still in print) which gives a detailed insight into their process. Lindley and Crosley’s map of Surrey is exemplary of the transitional period of English cartography which saw a ​‘new era’ in county map making. The trigonometrical framework was founded on official data however much of the topographical content was compiled in traditional methods.
Upon Lindley’s return from his work on the triangulation between London and Paris, he began work on this survey of Surrey with the use of Roy’s then unpublished data. This allows the map a highly accurate scale of distance.