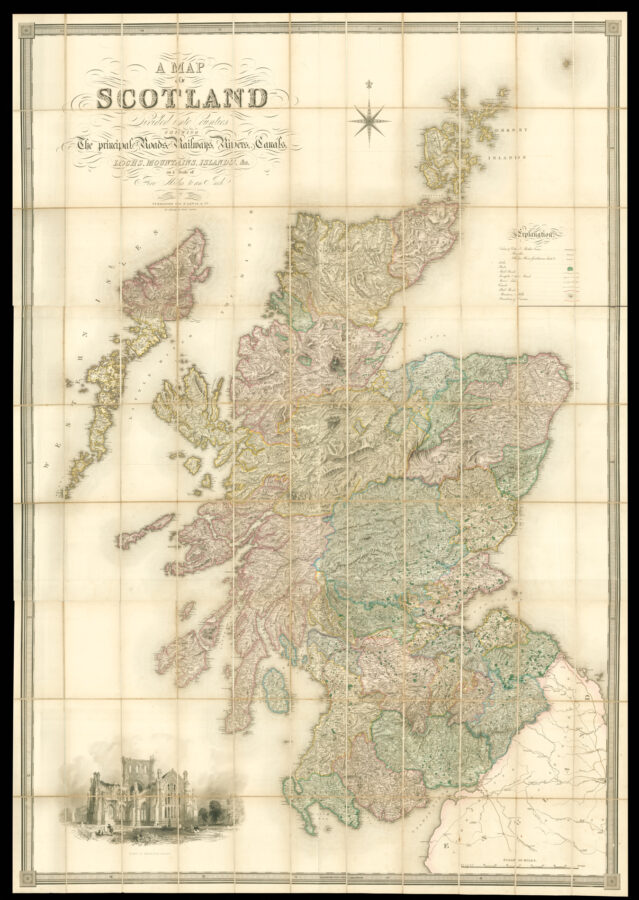 A Map of Scotland Divided into Counties Shewing The principal Roads, Railways, Rivers, Canals, Lochs, Mountains, Islands, &c. On a scale of Five Miles to an Inch

Samuel Lewis (1782–1865), was a prominent publisher and cartographer, working in London at the beginning of the nineteenth century. He is best known for his topographical dictionaries, which aimed to give in ​“a condensed form”, a faithful and impartial description of each place. The first dictionary was published in 1831 and delt with England; he would subsequently publish dictionaries on Wales (1833); Ireland (1837); and Scotland (1846).