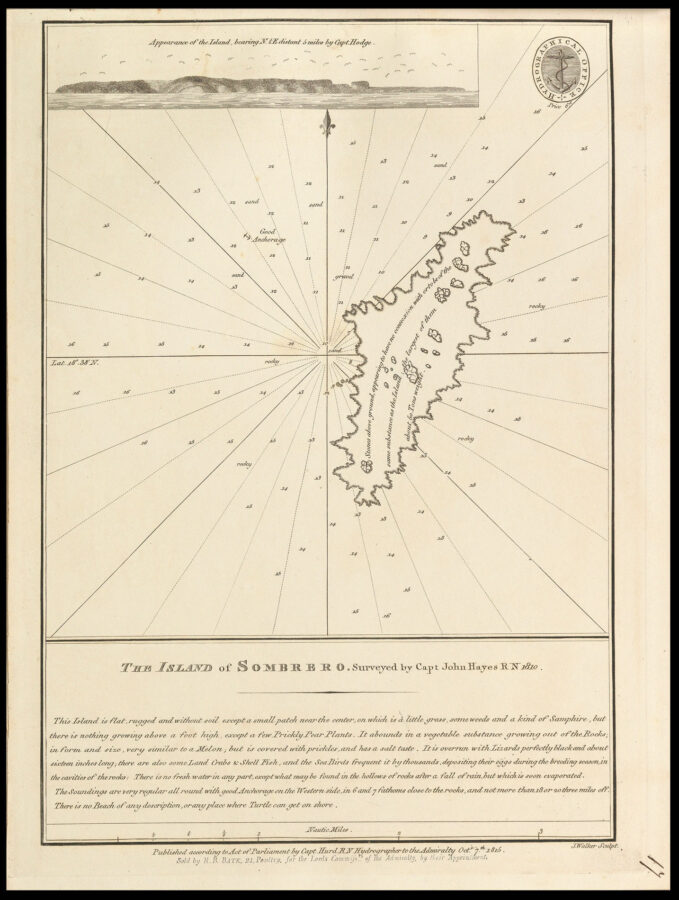 The Island of Sombrero Surveyed by Capt John Haynes RN 1810.

Captain John Hayes (1775–1838), saw extensive service in the Napoleonic Wars. In 1810 he was in command of HMS Freija in the West Indies and saw action in the Invasion of Guadeloupe.