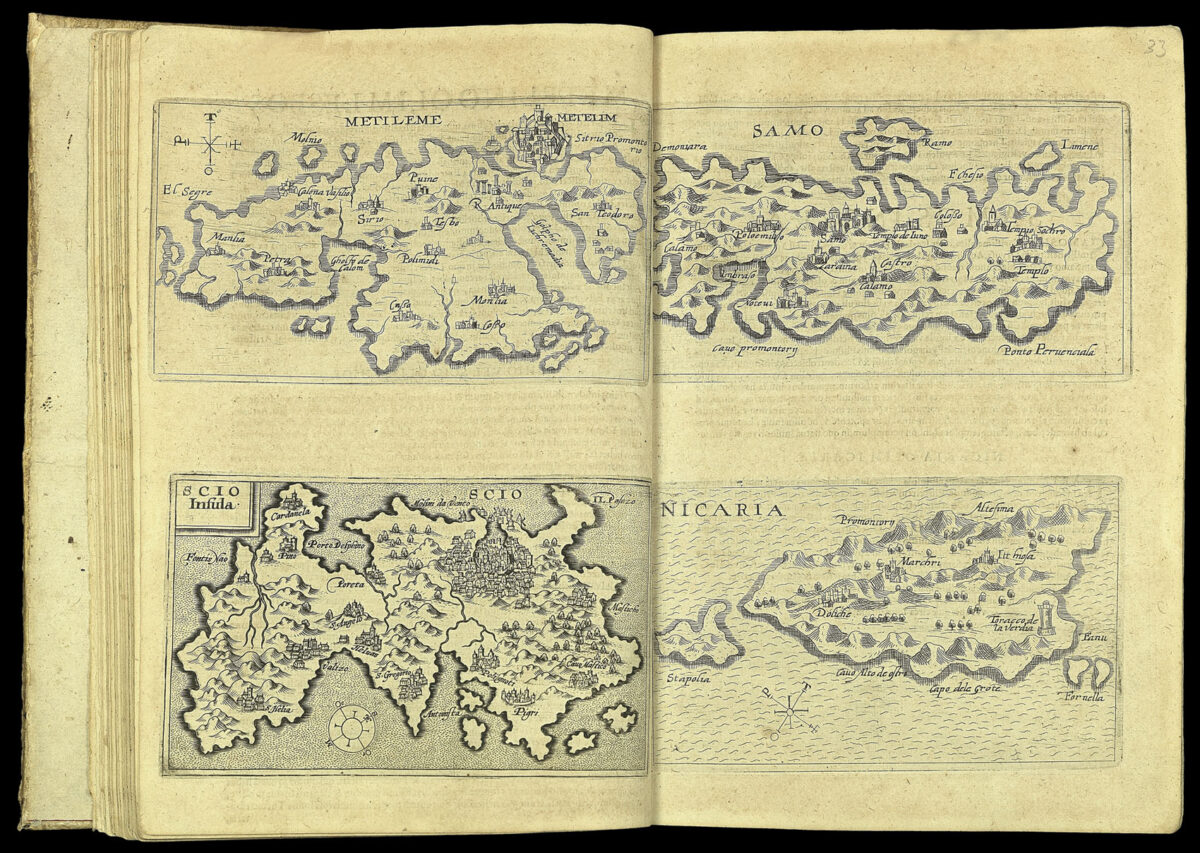 Four maps of Greek islands (clockwise): Lesbos, Samos, Icaria and Chios. A tower is visible on Icaria, marked ​‘Toracco de la verdia’. This is a reference to the legend of Icarus. Icarus and his father Daedalus were imprisoned in a tower on the island so they did not reveal the secrets of King Minos’ labyrinth. Daedalus made wings out of feathers held with wax so he and his son could escape from the tower. Icarus forgot his father’s warnings not to fly to close to the sun and fell to his death after the wax melted. 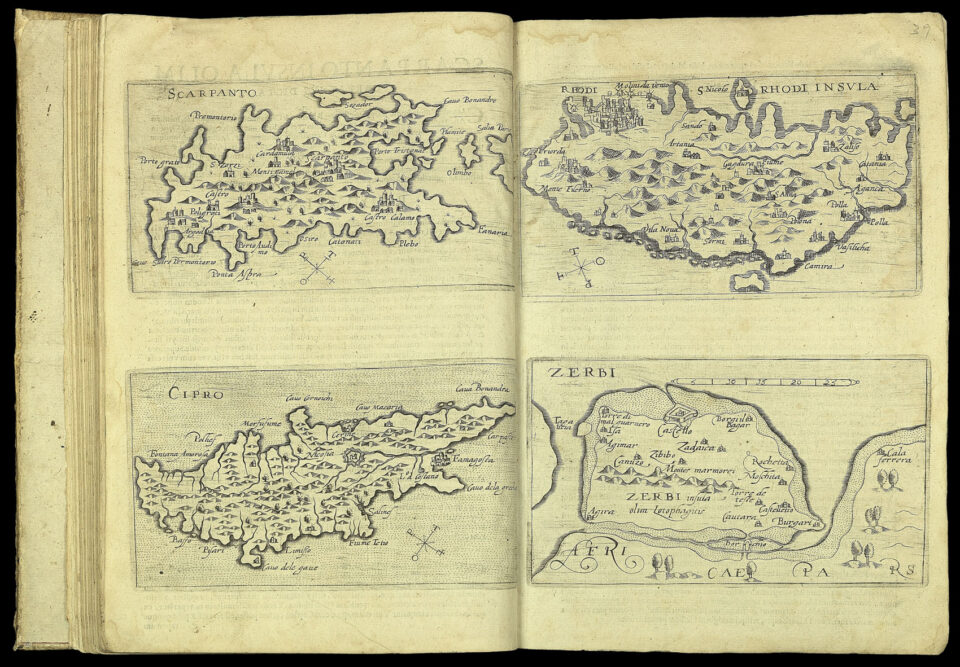