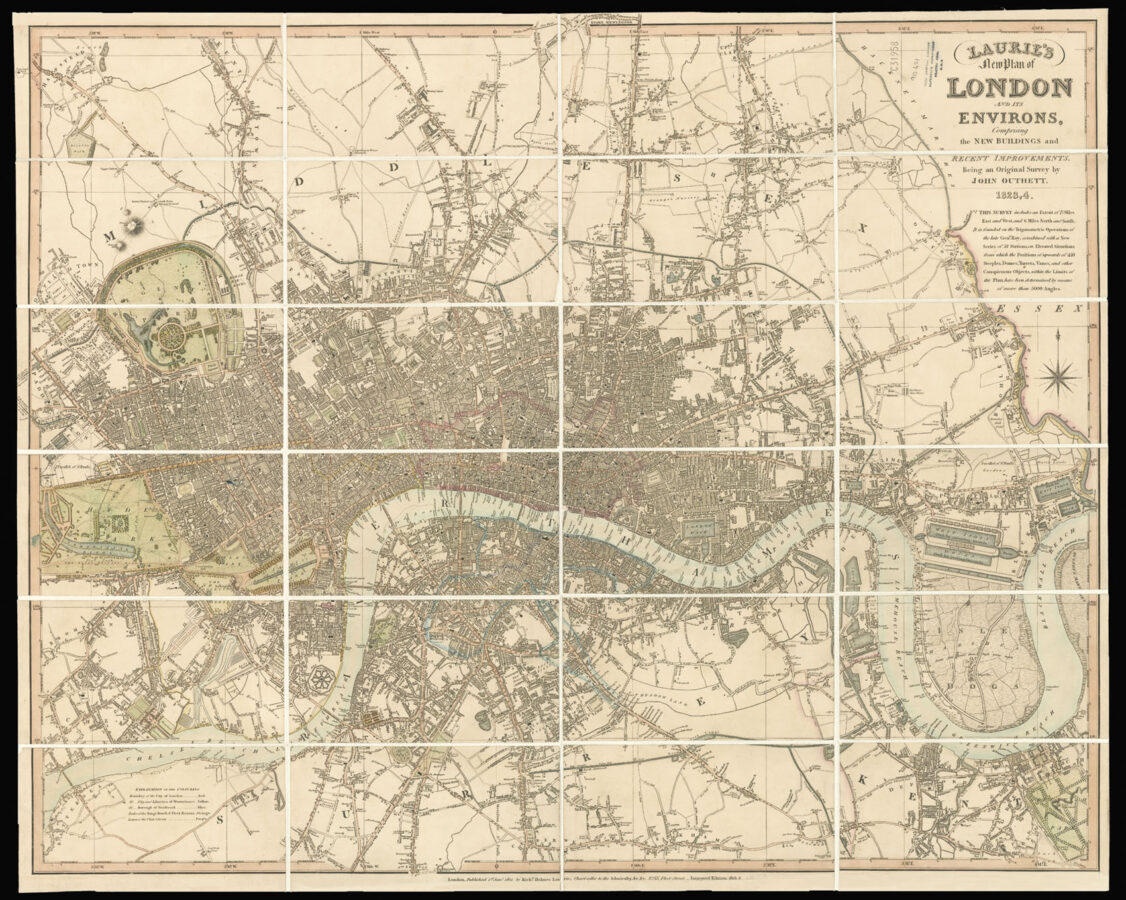 Laurie’s New Plan of London and Its Environs Comprising the New Buildings and Recent Improvements. Being an Original Survey by John Outhett. 1823,4.

The map extends west to east from Hyde Park to Greenwich and north to south from Hampstead to Camberwell. Limits of the City of London, Westminster, Southwark, and Rules of the Kings Bench, Fleet Prisons, and Clink Liberrty are all highlighted. Major roads are highlighted in orange, and public buildings named.

Laurie is at pains to show that the map was based upon a new survey by John Outhett, who as the note beneath the title explains based the map upon the trigonometric survey by General Roy — the man behind the Ordnance Survey — augmented ​“with a new series of 52 stations on elevated situations from which the positions of upwards of 450 steeples, domes, turrets, vanes, and other conspicuous objects within the limits of the plan, have been determined by means of more than 5000 angles”.