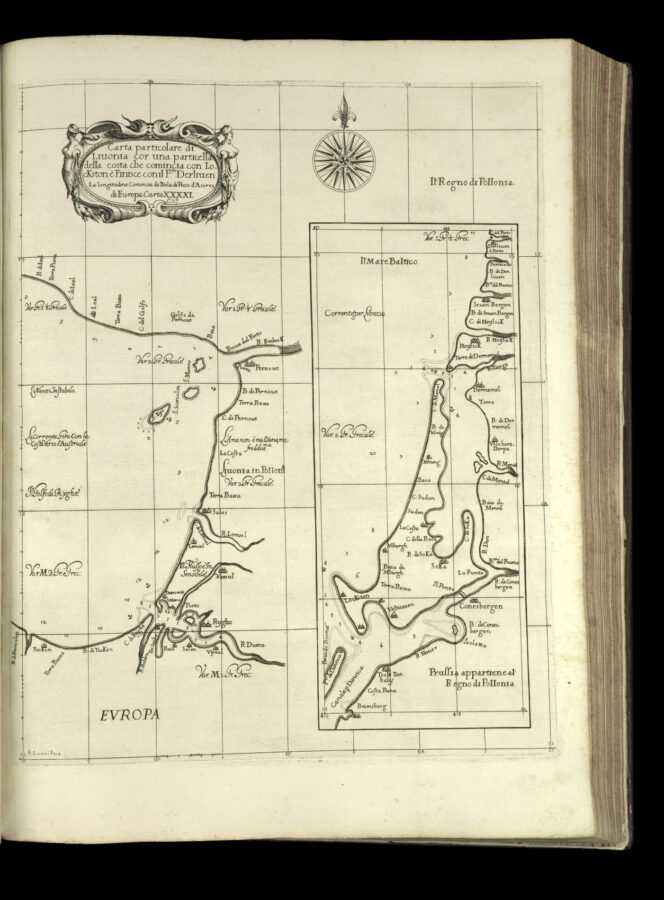 Map showing the western coasts of Latvia and Lithuania on the Baltic Sea. The inset shows what is now the Russian coast near the Vistula Lagoon.