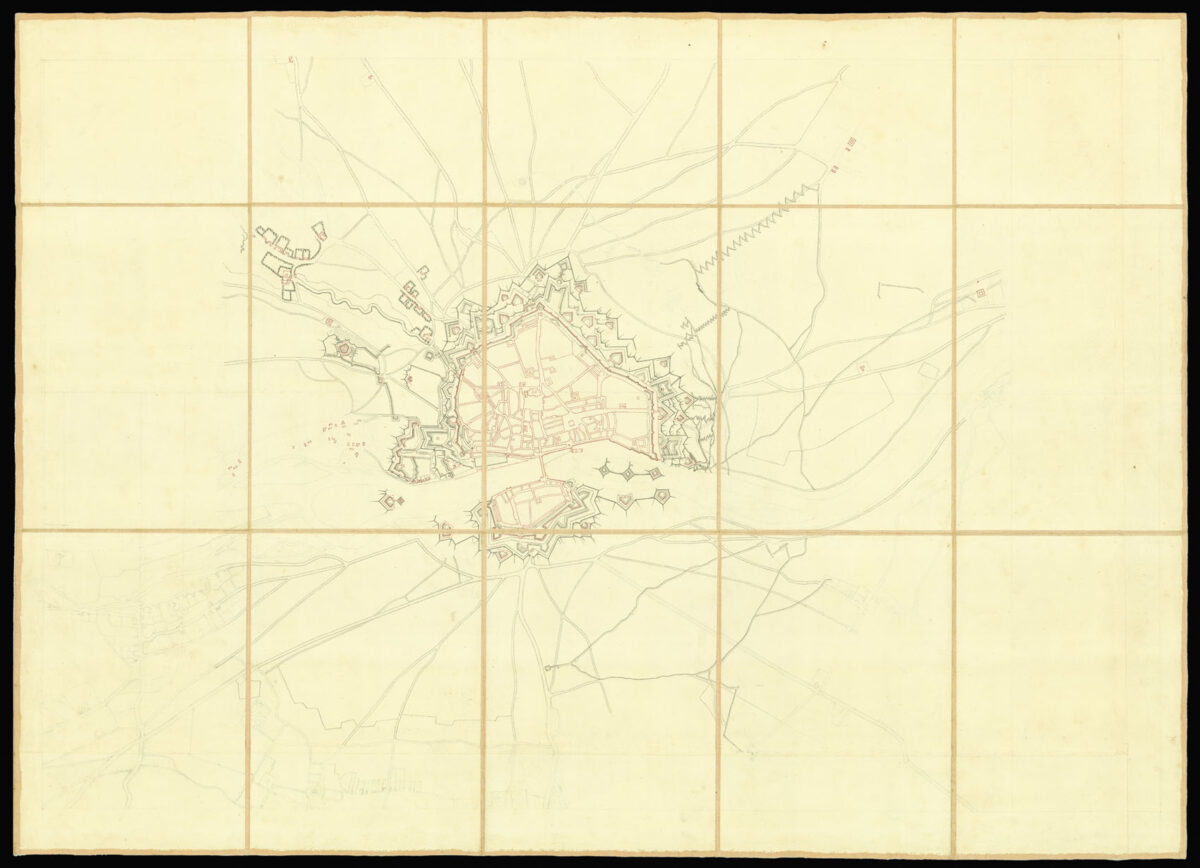 Large sketch plan of Maastricht and its surrounding territory during the time of the siege in 1748.

Possibly a preliminary drawing as there is no topographical description and some areas are left in pencil.

In black ink are the the contours of the fortifications; roads and buildings are in red ink; most of the outside lines are in pencil. The plan delineates the trenches built by the French around the city.