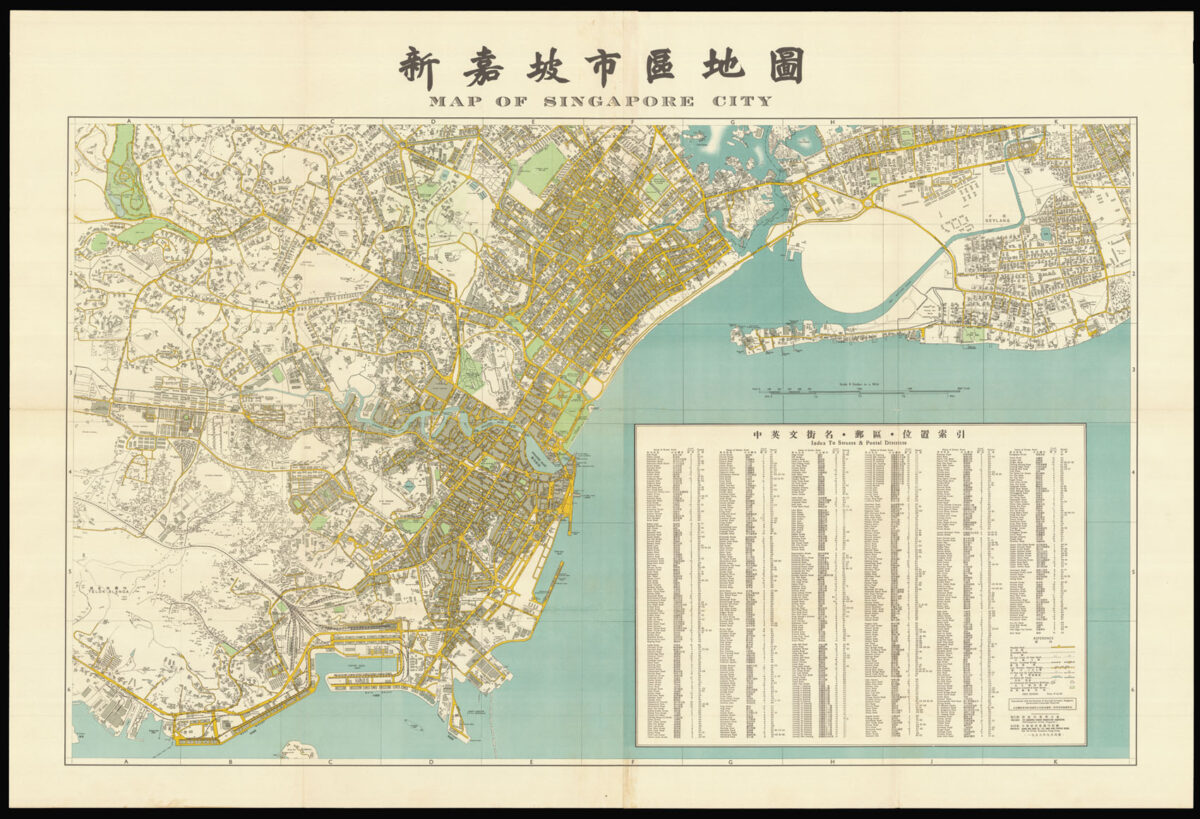 The plan, on a scale of eight inches to the statute mile, provides information on ​‘metalled’ and ​‘unmetalled’ roads, car tracks, ​‘foot patch’ (a miss-translation from the Chinese?), iron, wooden, and masonary bridges, pipe lines, light railways, permanent and temporary buildings, rivers, canals, and parks. To the lower left is extensive table listing streets and postal districts. The text on the map is in both Chinese characters and English. The title bears the word ​‘City’, a status that was conferred on Singapore by King George VI on 22 September 1951. The plan is also one of the first to use aerial photography, in order to aid surveying.

The work was published by The Singapore Chinese Booksellers Association, and printed in Hong Kong by the Chung Hwa Book Company. The SCBA was established in 1947, by a group of booksellers and stationers in Singapore, in order to advance the Singaporean trade. The Chung Hwa Book Company (now Zhonghua) was founded in Shanghai in 1912. The company later expanding to have offices in Taipei, Hong Kong, Beijing and Singapore.

Rare we are only able to trace one institutional example: National Archives of Singapore.