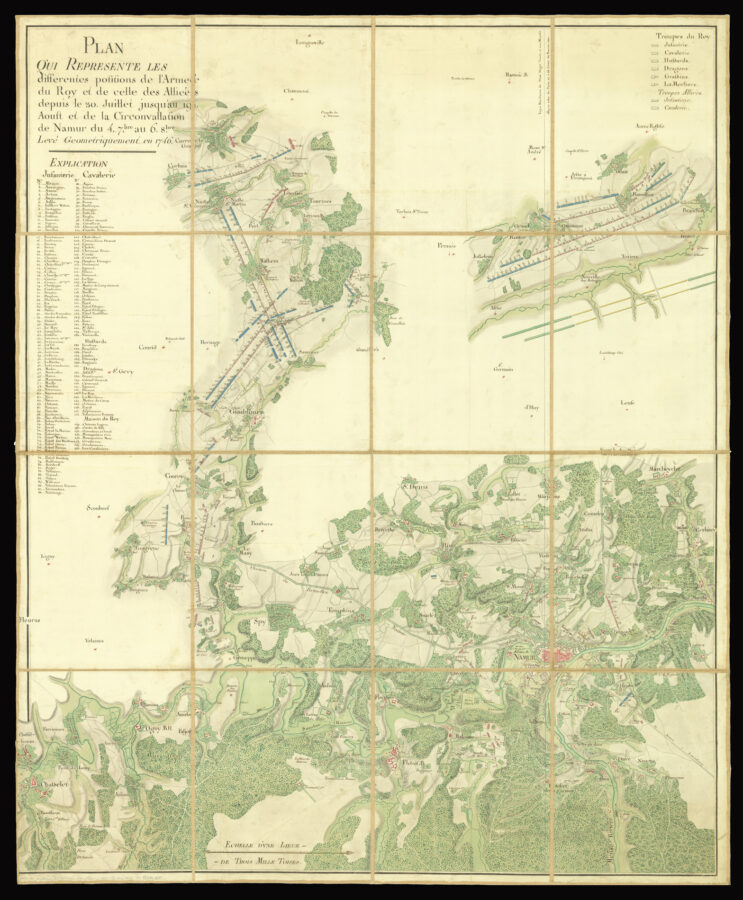 Large plan of the position of the French and Allied armies during the build up to the Siege of Namur of 1747.

The plan stretches from Corbais in the north to Chatelet and west to east from Chatelet to Namur. The plan shows the gradual retreat of the Allied Army to the line of the River Meuse, during the summer of 1746; with their crushing victory at the Battle of Fontenoy in the previous year, and the withdrawal of the British to see off the Jacobite Rebellion, the French swept all before them.

It contains a great amount of detail including hamlets , towns, cities, rivers, roads, forests, and fields. Each regiment is numbered and named in a key to the upper left. The key lists infantry, cavalry, the Hussards, the Dragoons, and the King’s Household Cavalry.