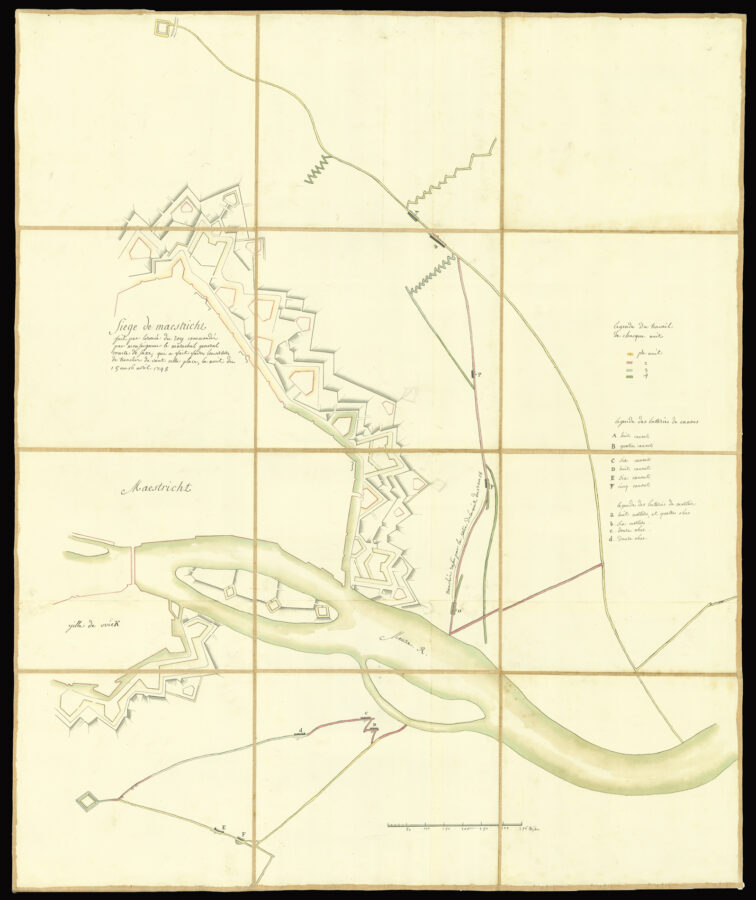 Large plan of the northern fortifications of Maastricht, during the French siege of 1748

Large plan of the northern fortifications of Maastricht, during the French siege of 1748.

The plan highlights the French trench works and battery positions in front of the northern walls, over a four night period in April. The trench works are colour coded according to their time of construction. Also indicated are the number of cannons positioned along the trenches. There are three pencil additions to the fortifications in the middle of the plan.