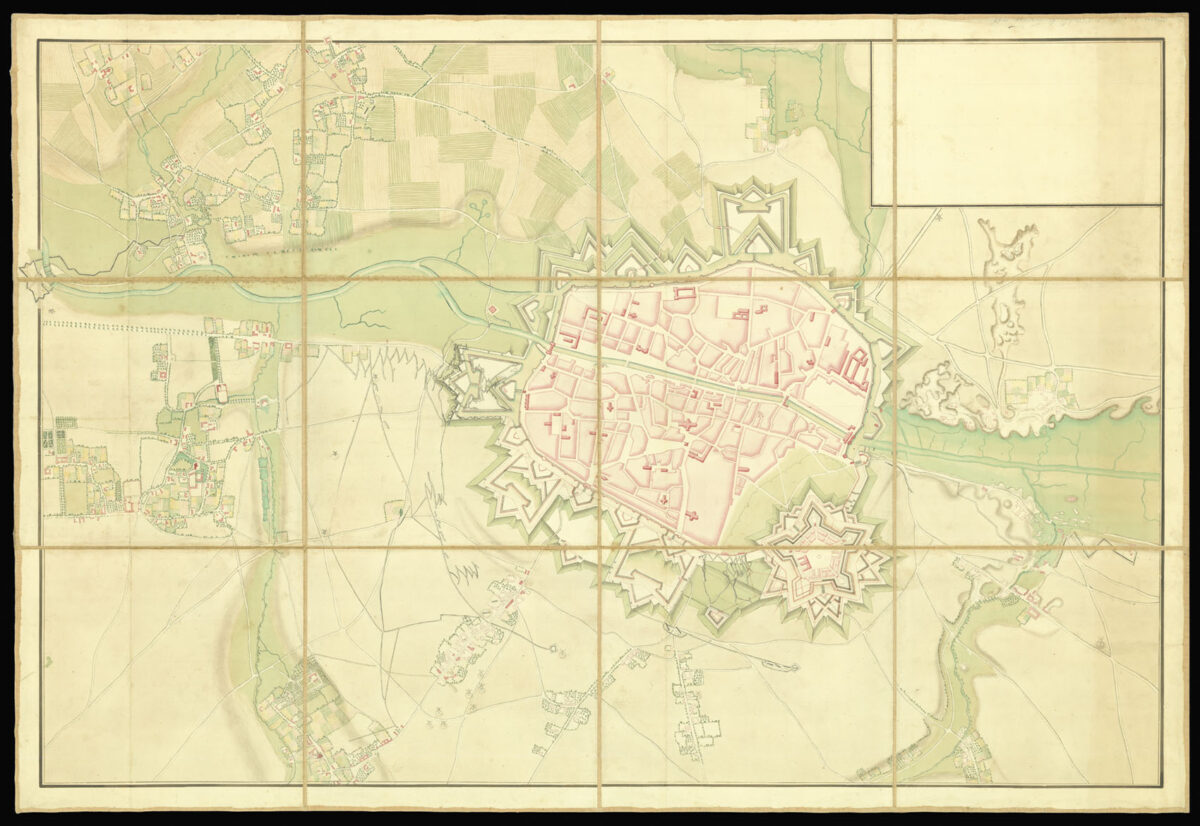 Large plan of the French attack of Tournai and its fort

Large plan of the French attack of Tournai and its fort.

The Siege of Tournay by the French commander Maurice de Saxe heralded the beginning of the military campaigns of 1745. The siege began on the 25th April 1745, with an estimated 90,000 French troops surrounding teh town, facing a Dutch garrison of 9,000 men; the city and citadel managed to hold out until 19th June.

The plan shows, rivers, field boundaries, fortifications, roads, houses, and elevation. Entensive French trench work is shown to the north west of the town and fort.