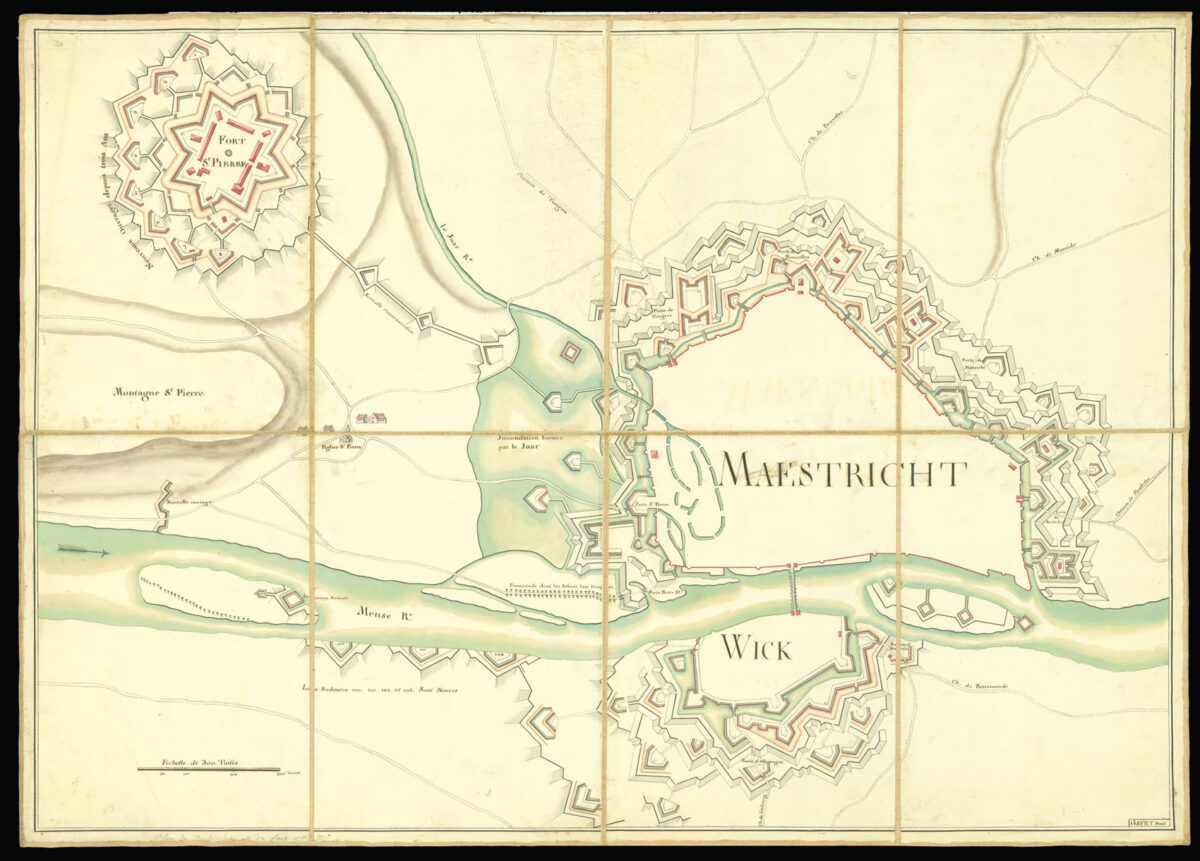 Large manuscript plan of the fortifications of Maastricht, Wick and Fort St Pierre, drawn during the French Occupation of 1747

Large manuscript plan of the fortifications of Maastricht, Wick and Fort St Pierre, drawn during the French Occupation of 1747.

The fortifications around Maastricht are shaped as an irregular semicircle, the straightest part of which is sided by the river Meuse. There are six gates controlling the main paths leading to the city, and one bridge linking Maastricht to the suburb of Wick across the Meuse. On the left of Maastricht is the mountain of St Pierre with the homonymous fort, which is directly connected to Maastricht via a walled passageway.

The city of Maastricht honourably resisted the French invasion and only surrendered after the battle of Lauffeldt in 1747. Following the siege, the United Provinces agreed on devoting more attention to the strategic outpost that was Maastricht, and strengthened its walled protection.