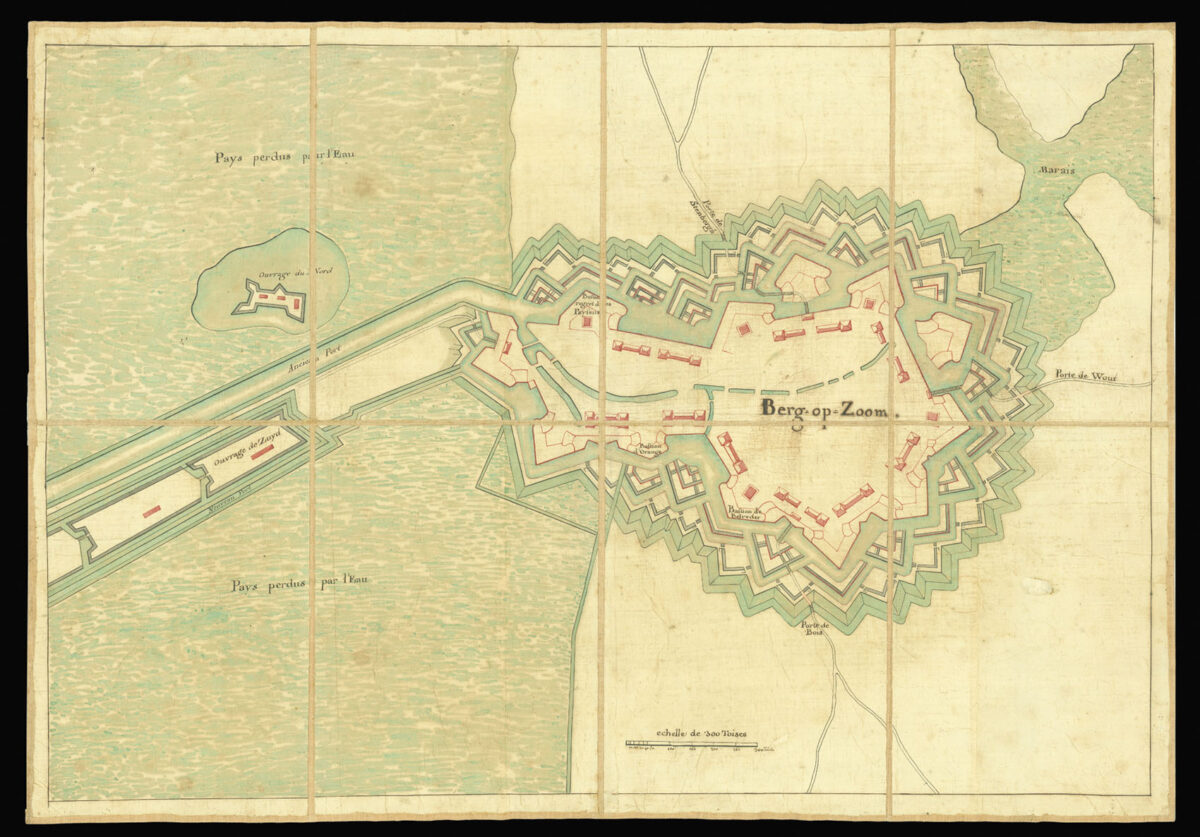 The plan shows in great detail the fortifications of the town during the first half of the eighteenth century.

During the early modern period, Bergen op Zoom was a very strong fortress and one of the main armories and arsenals of the United Provinces. It had a remarkable natural defensive site, surrounded as it was by marshes and easily-floodable polders, as can be seen upon the present plan. Furthermore, it could receive reinforcements and supplies by sea, if the besieging army did not have a fleet to blockade its port.

Due to these features, the city was one of the strategic points held by the Dutch during their revolt in the Eighty Years War. It was at that time besieged by Alessandro Farnese first in 1588, and by Ambrosio Spinola a second time in 1622. Both sieges were unsuccessful and Bergen op Zoom got the nickname La Pucelle or The Virgin as it was never sieged successfully.

In 1747, during the War of the Austrian Succession, the French army laid siege to it again. At that time, Bergen op Zoom had fortifications built in the beginning of the 17th Century by Menno van Coehoorn, with three forts surrounding the city and a canalized diversion of the Scheldt acting as a ditch around its walls. However, it had no second line of fortifications, nor any fortress. After seventy days of siege, the city was taken and thoroughly sacked; the garrison was slaughtered.