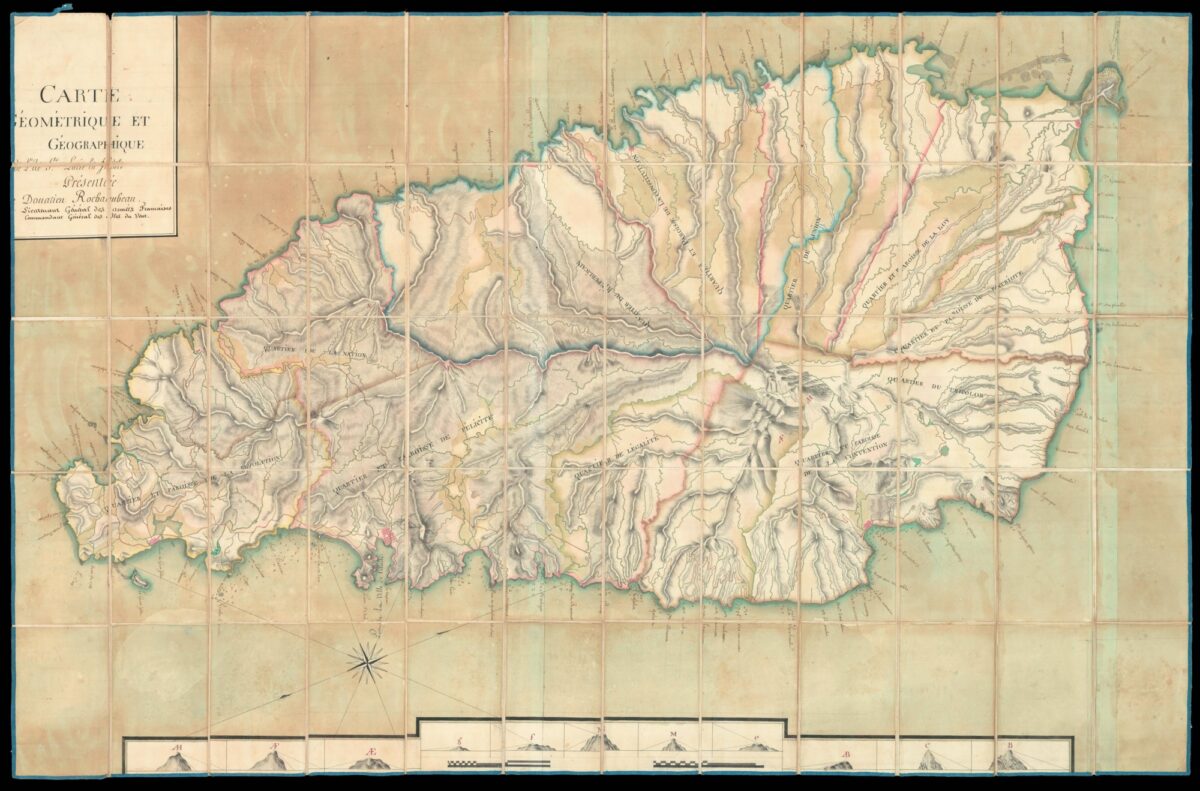 In 1792, the National Assembly appointed Rochambeau Lieutenant Governor General of the Windward Isles, including the islands of St. Lucia, Guadeloupe and Martinique.

Rochambeau was unable to land in Martinique for four months after his arrival, facing cannon fire from royalist sympathisers. Although he finally took up his post in January 1793, the island was promptly besieged by the British twice in the following six months. The British were assisted by white planters in Martinique who did not want black inhabitants of the island to be given French citizenship, as decreed by the Convention back in Paris. Unlike Martinique, the people of St Lucia remained loyal to the revolutionary government, which is why the island was given the name Sainte-Lucie La Fidèle — ​“Saint Lucia the Faithful”.

Rochambeau presumably either drew or commissioned the map either while in Dominica, waiting to take up his post as governor, or before the British attacked Martinique. It focuses on maritime navigation around the island, giving the names of ports and coves and showing a series of landmarks along the lower edge that could be used to find bearings while at sea. The island is divided into 11 quarters, as it is today, but they were renamed following the French Revolution in 1789. The names here reflect republican ideals: for example, ​“Quartier du Tricolor”, ​“Quartier de la Nation” and ​“Quartier et Paroisse du Patriot”.

Donatien-Marie-Joseph de Vimeur, vicomte de Rochambeau. From the library of the Rochambeau family.