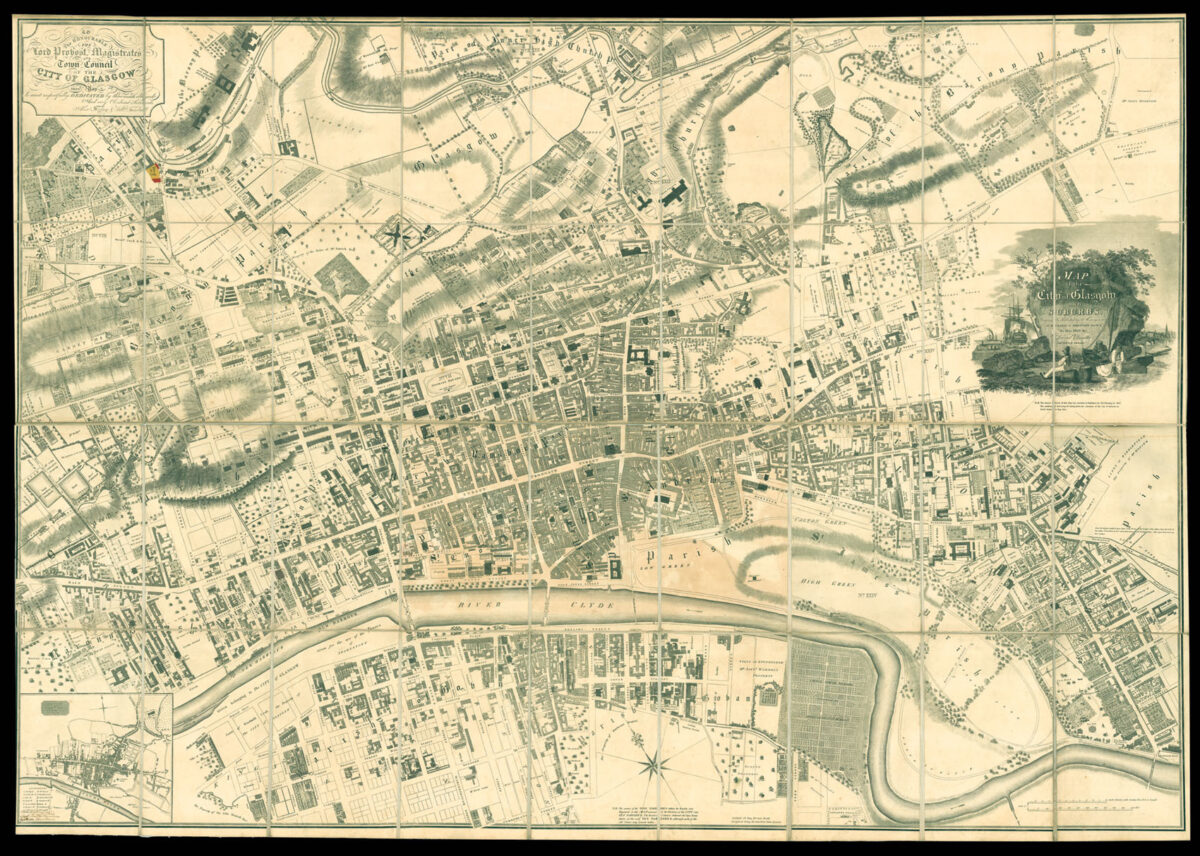 Map of the city of Glasgow and suburbs. Originally published by Mr. Fleming in 1807, surveyed and brought down to May 1821 by David Smith, member of the Philosophical Society of Glasgow.

David Smith (fl.1803–1854) was a Scottish surveyer and mapmaker who made several maps of Glasgow charting the city’s expansion. His self-description as a member of the Philosophical Society of Glasgow asserts his position within the city’s intellectual elite: founded in 1802, the Society gathered to discuss philosophical and scientific issues, a typical Scottish Enlightenment institution.

Smith used a six sheet map by M.P. Fleming, published in 1807, as the basis of his map. He then added his own survey of the additions and extensions to the city. Glasgow had expanded considerably in the intervening fourteen years, particularly in the Blytheswood, Garnethill and Bridgeton areas. Points of interest on the map include the neo-Egyptian Glasgow Observatory on Garnett Hill in the north west, which was demolished at the end of the century; the Hunterian Museum, holding the scientific collection of the famous anatomists John and William Hunter; and the Assembly Rooms in Ingram Street, designed by Robert Adam, now demolished.