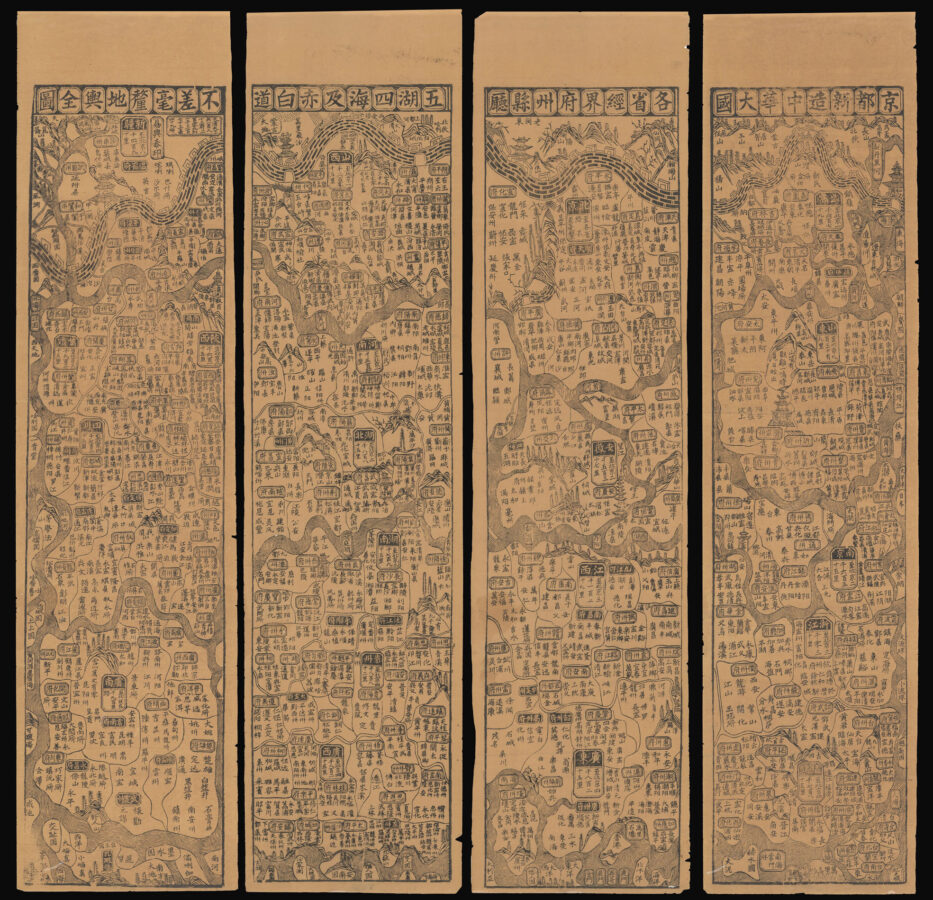 Large and striking map of the Qing Empire

A complete and precise map newly made in the Capital depicting all of magnificent China’s regions, provinces, counties and waterways

Large and striking map of China from the late Qing Period.

The map covers the whole of the Qing Empire. As the long title suggests, which stretches across the four scrolls, the map contains information on all the empire’s regions, provinces, counties, and waterways. The Great Wall is depicted snaking across the upper part of the map, and both the Yangze and Yellow rivers are clearly marked. Other geographical features include mountain ranges and forests. Several stylised pagodas dot the map, especially near the Great Wall.