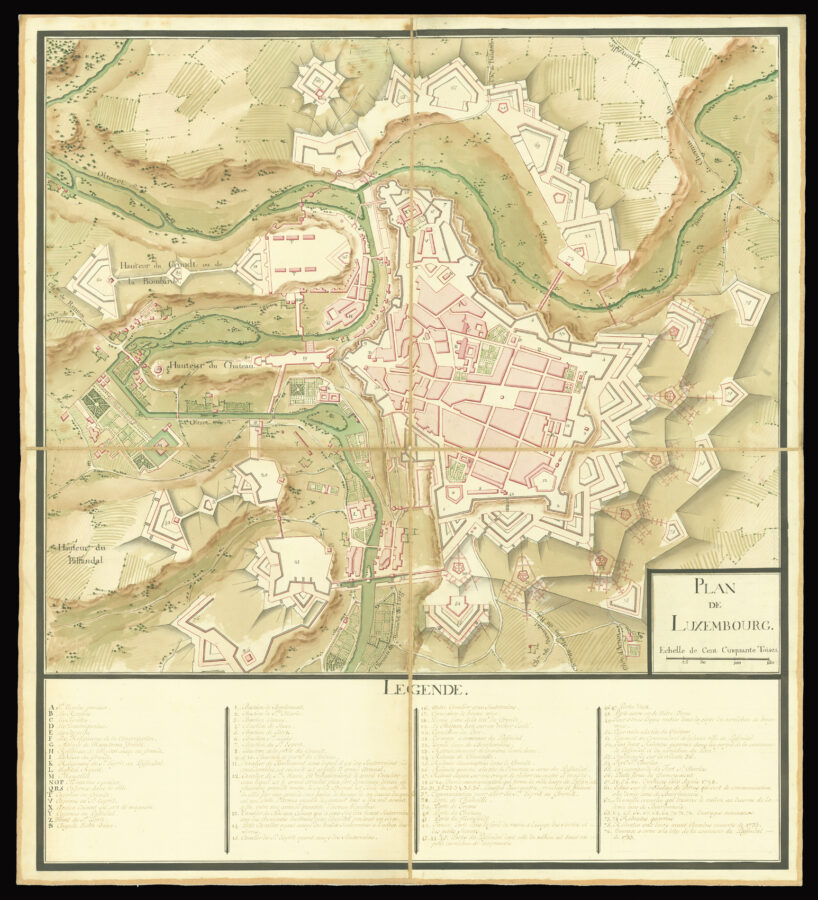 Large and impressive plan of the town and fortifications of Luxembourg

Large and impressive plan of the town and fortifications of Luxembourg.

The key below the gives information upon the towns principal buildings and defences.