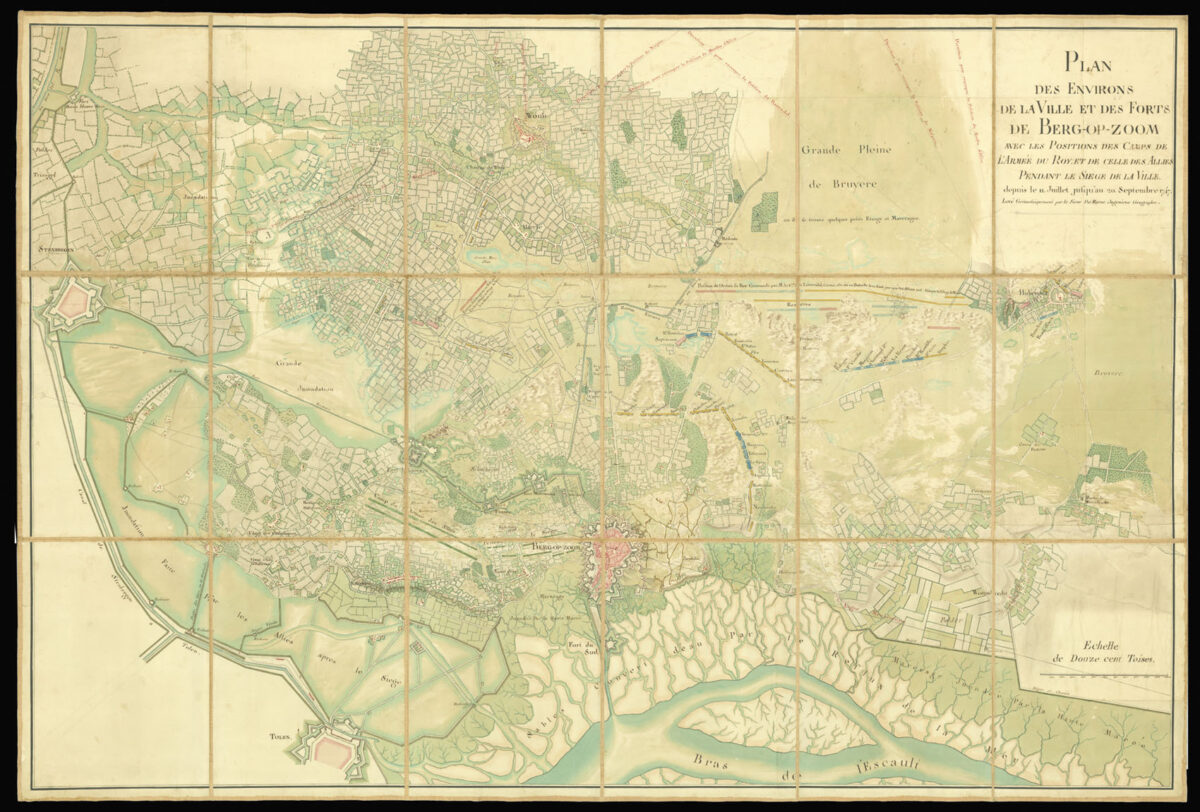 Large and detailed plan of the position of the French and Allied armies at the beginning of the siege of Berg-op-Zoom, on 20th September 1747

Large and detailed plan of the position of the French and Allied armies at the beginning of the siege of Berg-op-Zoom, on 20th September 1747.

The French army can be seen to the east of the town, with each regiment named, and colour-coded: cavalry blue; infantry yellow; dragoons red. The Allied army has take up position to the north of the town behind the defensive works and forts of Moermont, Pinsen, and Rooweers.