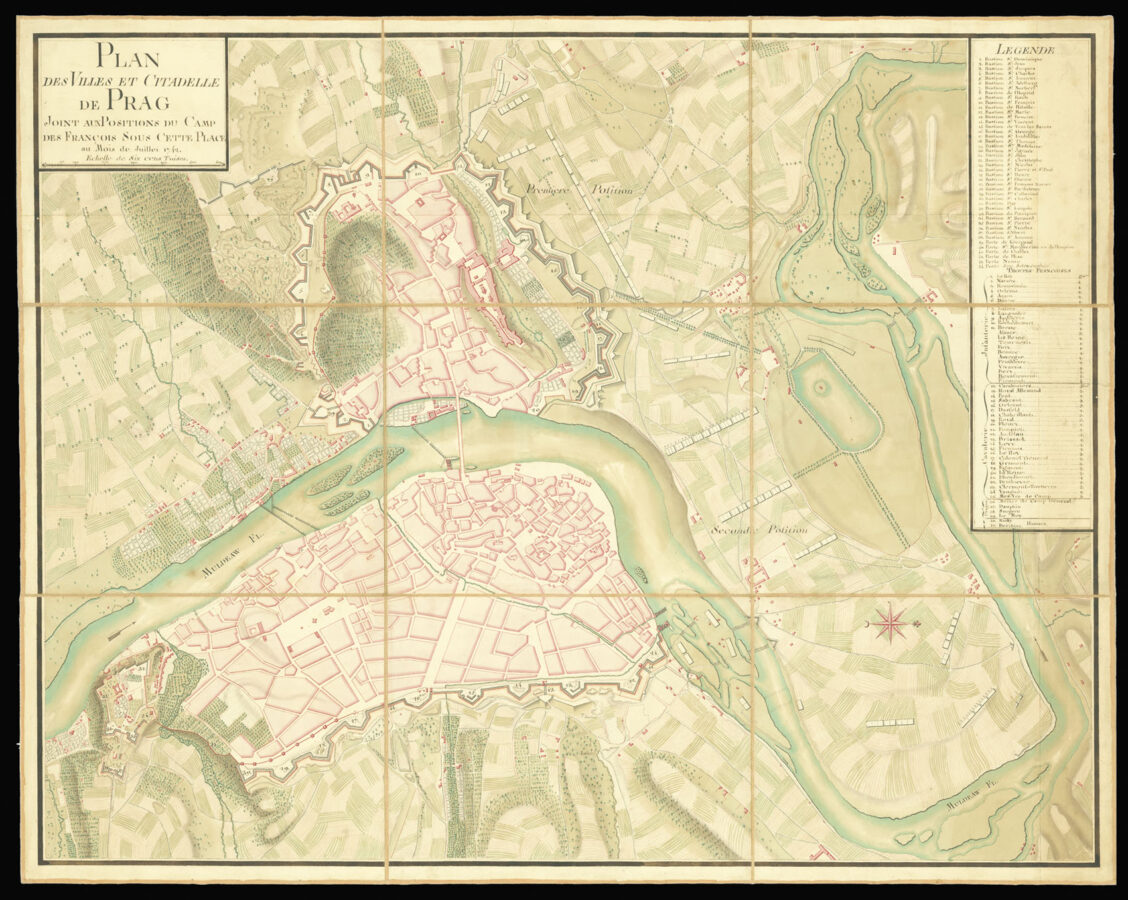 Large and detailed plan of Prague during the French occupation of 1742.

The French had successfully captured Prague in November of 1741. The plan was drawn during the Austrian siege of the city, which had begun in June of 1742. The siege would last for the rest of the year with the French eventually making there escape back to the relative safety of Cheb on 9th of March.