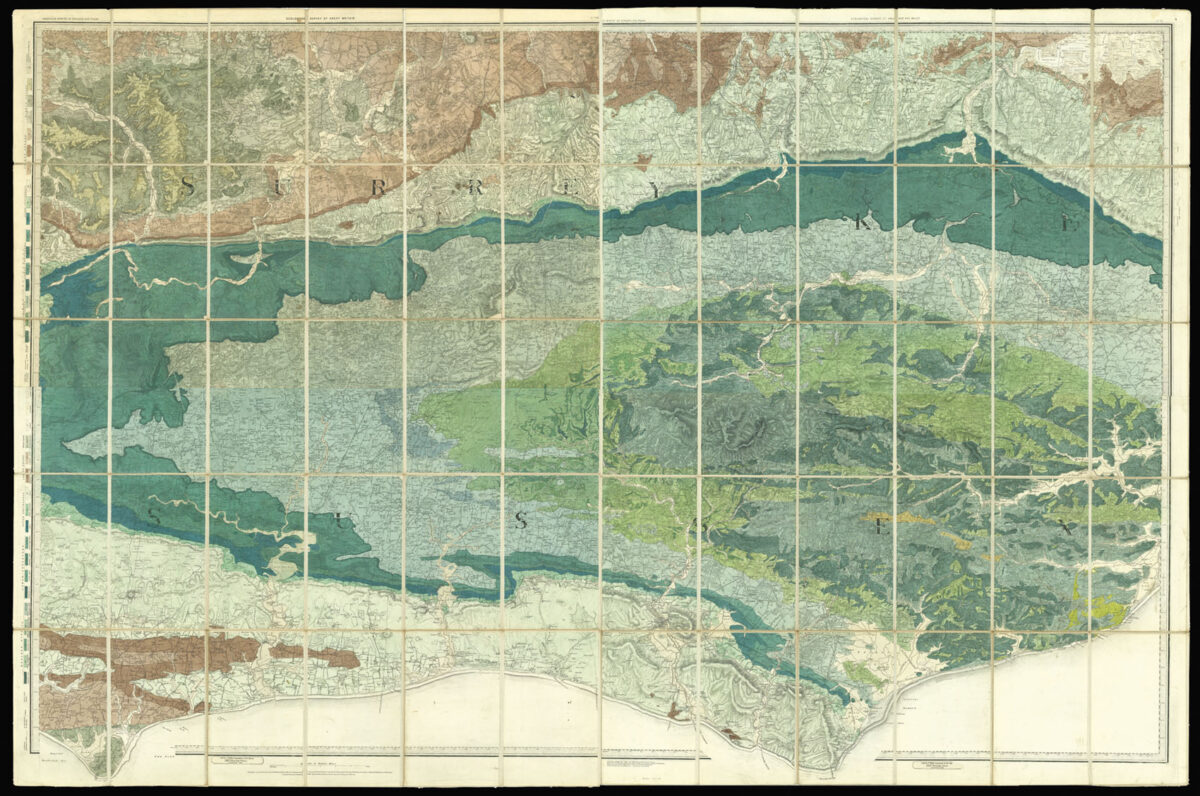 Large and detailed geological map of Surrey, Sussex, and part of Kent

[Geological Map of Surrey and Sussex].

Large and detailed geological map of Surrey, Sussex, and part of Kent.

The impact of the Ordnance Survey and contemporary interest in geology led the Superintendent of the OS to authorise Henry de la Beche, the Vice-President of the Geological Society, to found the Ordnance Geological Survey (now known as the British Geological Survey) in 1835. The work was put on a more formal footing in 1845, when Parliament passed the Geological Survey Act. In 1855, Roderick Impey Murchison became Director General of the Survey, a post he would hold until 1871. The work would take some 60 years to complete with the finished survey consisting of 110 sheets, covering the whole of England and Wales.

The present map covers Surrey, Sussex, and part of Kent. A key to the left hand margin provides information upon the strata, including, London clay, chalk, and Lower Tumbridge Wells sand.