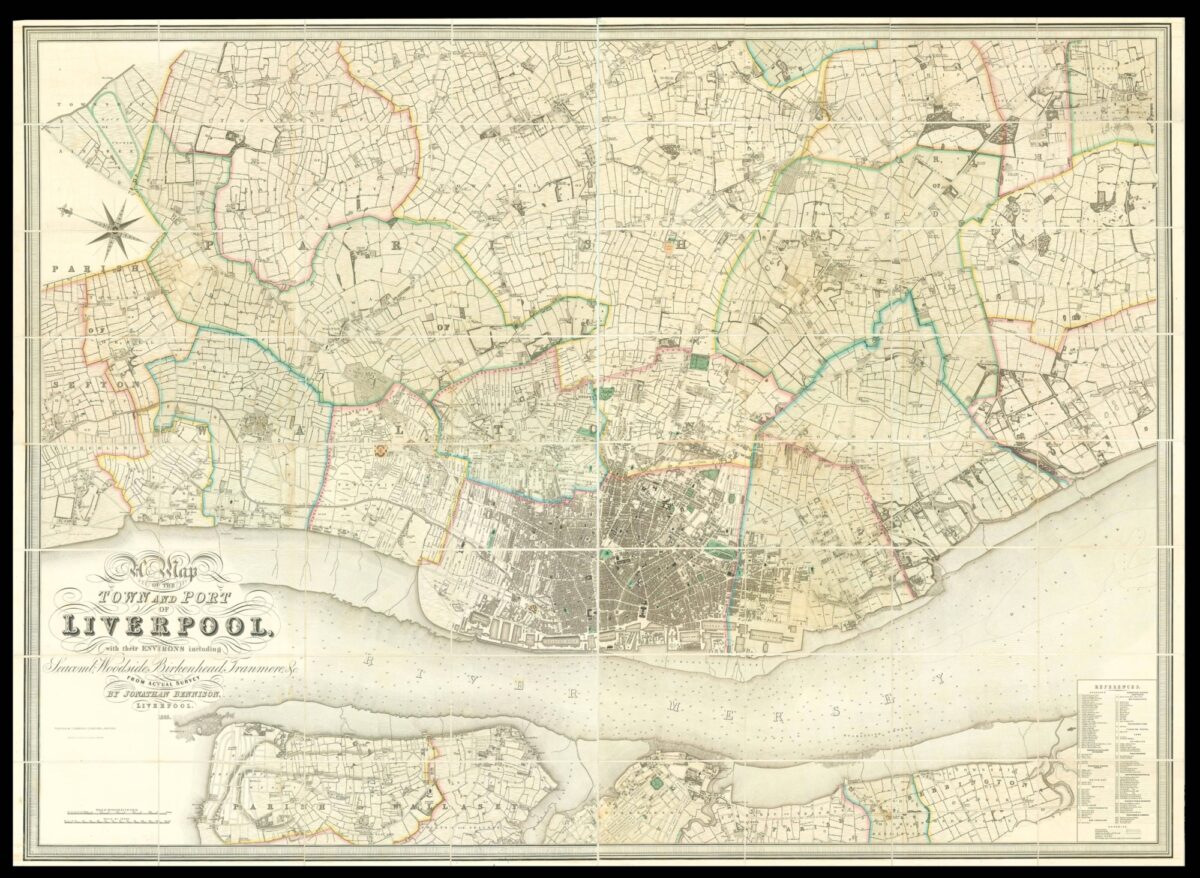 Map of the town and port of Liverpool

with their environs, including Seacomb, Woodside, Birkenhead, Tranmere, &c. from an actual survey, by Jonathan Bennison, Liverpool, 1835.

Rare large-scale plan of Liverpool and her environs.

The plan is orientated with east at the top, and extends north to south from Litherland to Garston, and west to east from Birkenhead to Much Woolton (Woolton). The key to the lower right of the plan lists churches, schools of the Church of England, Dissenters Chapels: including Scotch, Unitarians, Baptists, Independents, New Jerusalem, Methodists, Sandemanians, and Floating Chapel; the key also lists, Jews, Catholics, public buildings, institutions & charities, places of public amusement, and news rooms & libraries. Also marked upon the plan are the boundaries of parishes, towns, parliamentary constituencies; soundings are marked to the Mersey. All undeveloped land within the perimeter of the town are marked with the owners name.