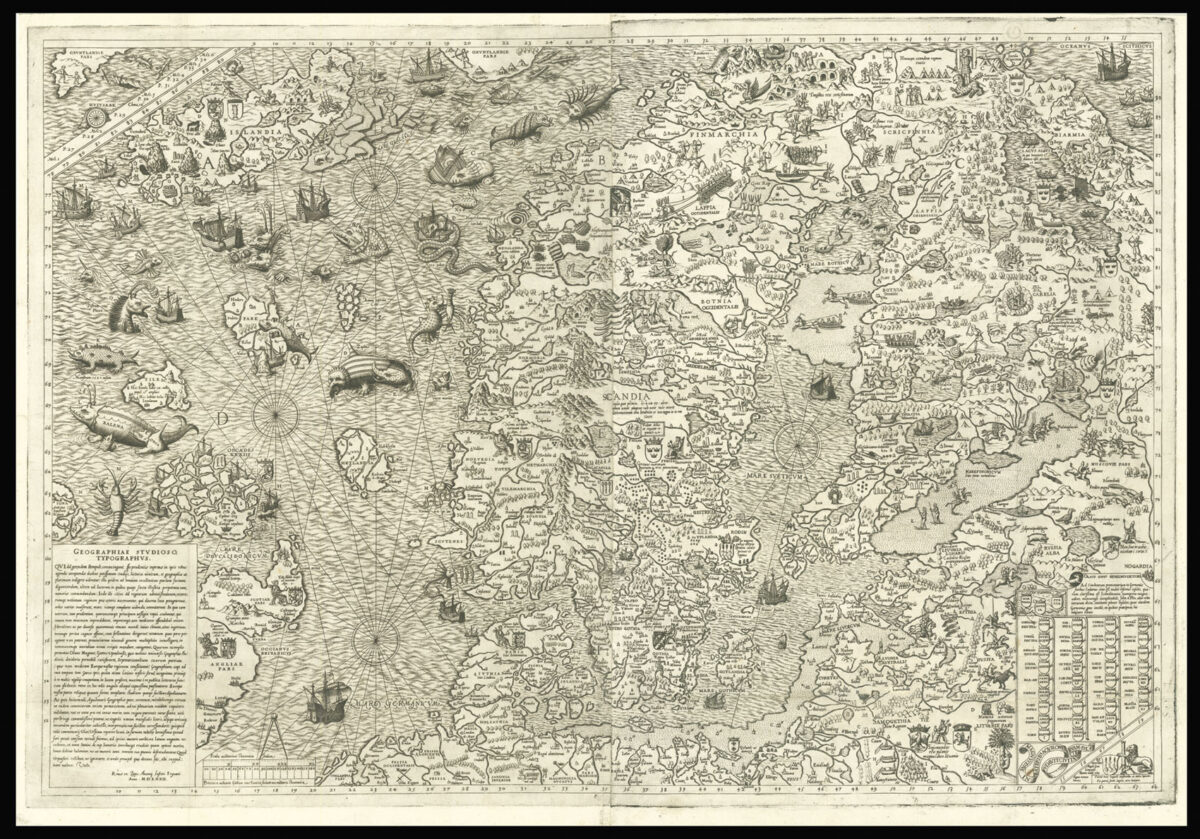 This work is a reduction of Olaus Magnus’s nine sheet ​‘Carta Marina’ map published in Venice in 1539 — the first large scale map of any European region. At the time the, “ ​‘Carta Marina’ gave a more correct and more detailed picture of the northern regions than any earlier or contemporary map”. (Nordenskiold)

The present map is printed on two sheets and is about one quarter the size of the Magnus map. Although reduced the map contains a vast amount of detail, with well over one hundred illustrations, together with legends, which provide a broad overview of the region’s culture, ethnography, and myth. The map stretches from England, Iceland and Greenland in the west to Russia and Finland in the east. Each kingdom is marked by a seated monarch holding a sceptre and orb, together with his coats-of-arms. To the sea are a myriad of seamonsters, many of which are harrying the sea going galleons, however, one monster has been caught by Faroe Islanders, who are busily dismembering it, whilst another of their clan plays the bagpipes; to the west of Iceland is a large iceberg upon which a polar bear wrestles a large fish. Much of the southern coast of the Baltic Sea, gulfs of Finland and Bothnia are covered by ice, and show horses pulling large sleighs, men skiing, and Finlanders doing battle with Russians. To the land reindeers pull sleighs and are milked (although not at the same time), knights battle with bulls, and three men seem to be having a snow ball fight. Natural resources are shown, with a circle denoting iron deposits, a square copper, and a rectangle silver.

The map is divided into nine sections (A‑I), corresponding to the nine sheets of the Magnus map; with smaller uppercase letters marking specific illustrations, although Lafreri had no room to include Magnus’s key. Instead the Latin text to the lower left, is addressed to the ​“Student of Geography” in which he extols the study of geography and history, and ends with mention of a separately published explanatory table, which did not diverge ​“a finger’s breadth from the author’s own words”. Unfortunately no record of the key has survived.

The map is very rare, Ginsberg, records only 10 examples all of which are in institutions, and goes on to say that it is virtually unobtainable on the open market. 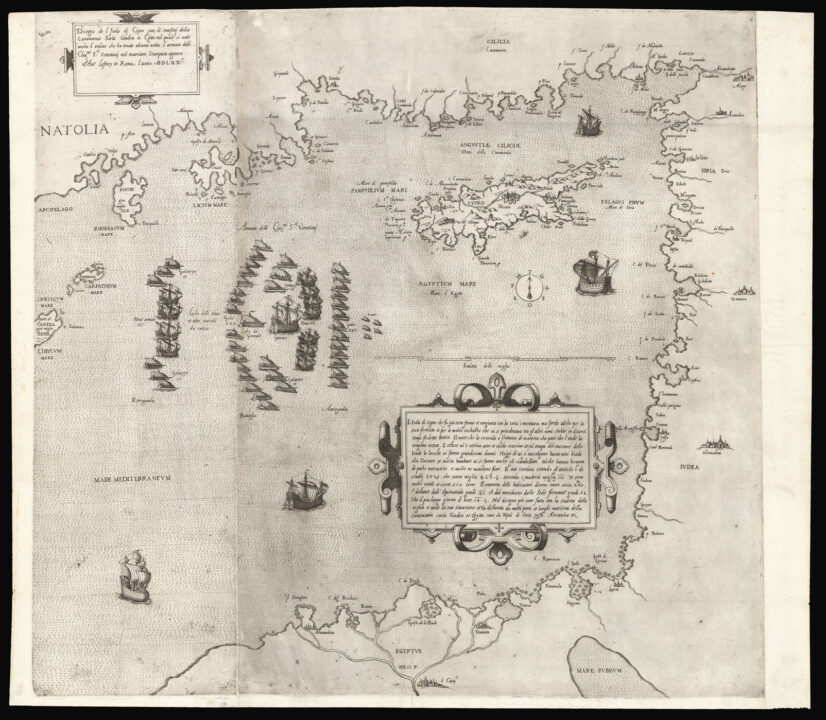