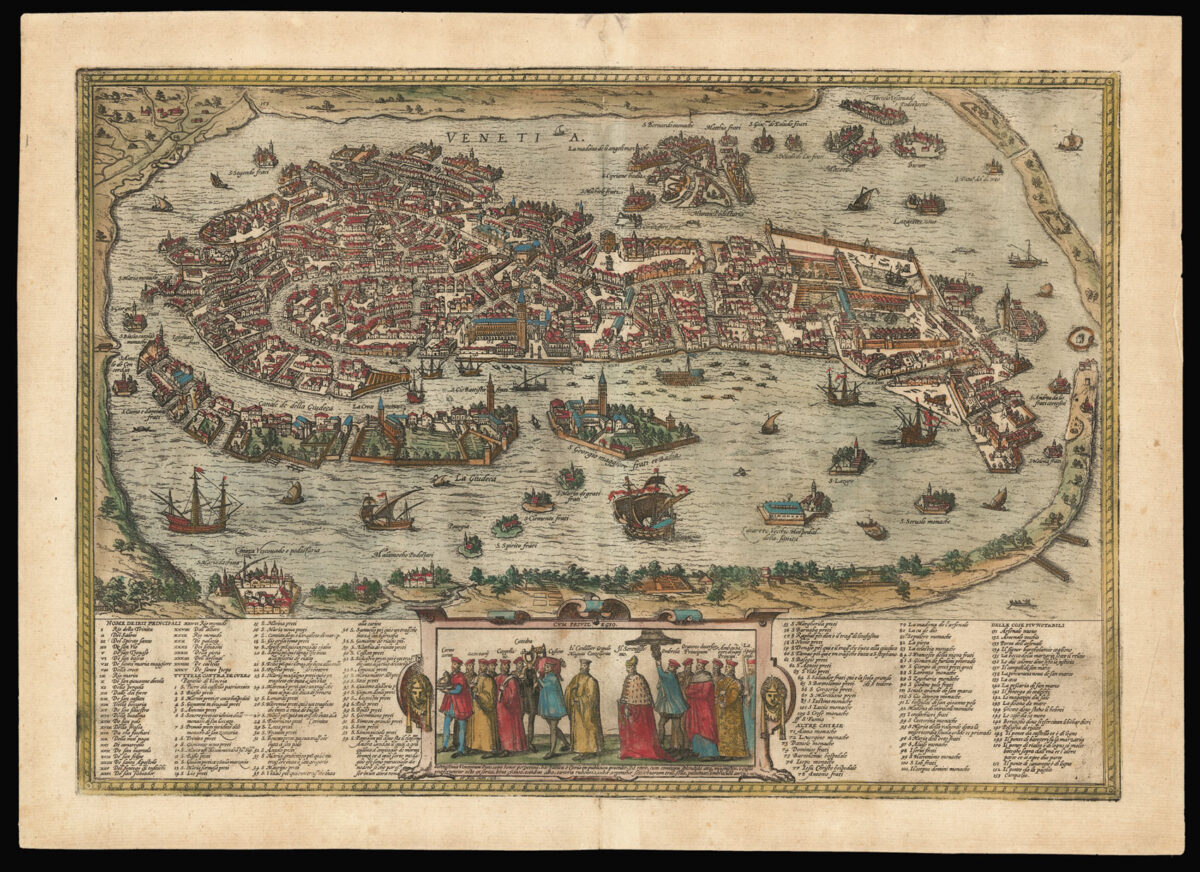 The plan is based on Forlani’s map of 1565. The city’s landmarks are shown on the map and named in the key below the plan. The lagoon is dominated by sailing vessels, signifying the city’s great maritime power. In the foreground, a vignette shows the Doge’s procession with his court, the names of each member written above.